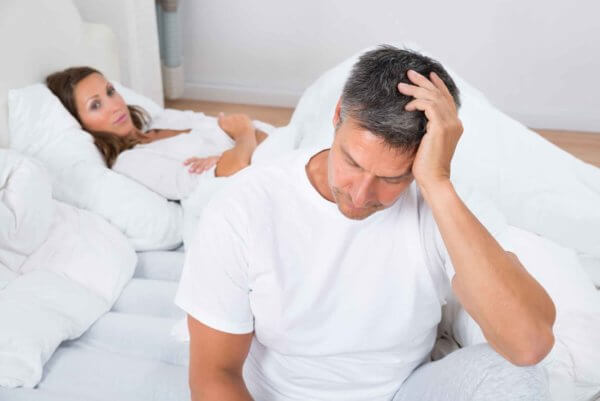 That being said, the number of emails I receive from husbands is truly astounding. Thus, it seems only right that I address men directly.

After all, one of my arguments is that when one person changes his or her behavior, it upsets the apple cart enough to where the other person has no choice but to respond. So it’s reasonable to conclude that if husbands change, their wives will respond in kind. So on that note, here goes:

Many of your emails ask me how you can get your wives to read The Alpha Female’s Guide to Men & Marriage, but you must know I can’t make your wife do anything. (That said, one husband told me he strategically placed it by his wife’s bedside table, but when I suggested that to another husband he told me that would start World War III! I also learned about another husband who brought the book with him on his anniversary trip. That didn’t go over so well, so I wouldn’t recommend it.)

But let’s back up a little first. I want to give you my backstory.

The marital/relationship dynamic I address in The Alpha Female’s Guide is one with which I’m intimately familiar. I watched it my entire life growing up with my parents, both of whom were wonderful people individually but who together were often combustible.

Their relationship dynamic has remained a fascination of mine, particularly since women today are very similar to my mother. (My mother was unusual for her time, but she would be commonplace today.) Throughout my life, it seemed as though my parents were always fighting (although of course they weren’t always fighting), and they even kept separate bedrooms. The reason for their conflicts would differ, but the source was almost always the same.

It wasn’t that my mother didn’t respect my father – I know she did – but she was unable to properly demonstrate it. This would prove to be her fatal flaw and the source of my father’s frustration and sadness. In response to her lack of respect, he didn’t shower her with the love she felt she deserved.

I mention all this to adequately convey how deeply I understand the relationship between you and your wife. You cannot spend 18 years witnessing this dynamic and not come away with a visceral understanding of how it works.

I know all you want is for your wife to be happy. I also know that your needs are ridiculously simple, and that it seems like hers are over the top. They probably are. Unfortunately, I can’t do anything about that.

But I can tell you this: When your wife is being difficult, or when she seems unhappy, agitated, or when she’s acting entirely different from the way she did when you and she first met, it’s almost always for the same reason.

In that moment, she perceives you as weak. And she wants you to be strong.

Whether you are weak or not is beside the point because that’s what your wife is thinking and feeling in that moment. What she wants is for you to step up to the plate and be a man, which can mean one of several things.

She wants you to be the man in the relationship so she doesn’t have to be.

I know that sounds odd considering the times in which we live. Women are supposed to be as strong and as capable as men! Women said they wanted to be in charge!

That may be true in the marketplace, but it’s not true at home. At home, women want to know they can let go of the reigns and rely on their man to get shit done.

Unfortunately, some women don’t know they want this because the culture has convinced them they need to be in control at all times. They want to let go, but they don’t know how.

So act in a manner that forces them to let go. Ask yourself if you’re bringing the things I listed above to the table. If you’re not, start bringing them to the table and see if your wife doesn’t respond positively to the new you.

I’ll be waiting for the emails.

What Happened to the Power of ‘No’
Next Post: Wives Who Earn Their Own Money Need to Use This Power Well