4 Ways to Divorce Proof Your Marriage, Part 3 of 3 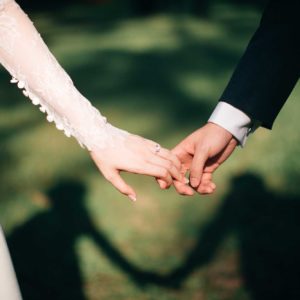 n a series of posts on modern American dating and young people’s inability to form lasting attachments that potentially lead to marriage.

In Part 1 and Part 2 of this series, I addressed the modern generation’s inability to find and sustain successful long-term relationships—today, over half of 18-34 year olds have no steady partner at all—and suggested parents are an obvious solution to this problem.

Teaching our sons and daughters how to love and to live with the opposite sex, both by modeling it and by counteracting popular narratives about sex, dating and marriage, is the best antidote to helping young people get married and stay married.

They’ll also need to divorce-proof their marriages. Below are 4 ways to do that.

(*NOTE: You can also check frequently asked divorce law questions at Romano Law and at the text “divorce law.”)

1. Take the option to divorce off the table. (Pretend it isn’t an option.)

Knowing you can always get out of something directly affects the amount of effort you put into it. As Barry Schwartz wrote in The Paradox of Choice, “When a decision is final, we engage in a variety of psychological processes that enhance our feelings about the choice we made relative to the alternatives.”

Daniel Gilbert, author of Stumbling Upon Happiness, goes even further. “The psychological immune system works best when we are totally stuck, when we are trapped.”

In other words, approach your relationship as though you’re stuck with your spouse. Then, accept that you’re going to have problems—big problems, problems that may cause you to question why the heck you married him or her in the first place—but that divorce isn’t the answer to those problems. On the contrary, divorce often creates more problems than it solves.

If you can do that, you’re well on your way to a successful marriage.

In a recent relationship coaching session, I spoke with an unmarried thirty-something woman whose friends tell her to drop any guy she dates who has the slightest annoying habit. Over time, they said, his habits will become even more impossible to live with.

If you harbor a similar notion that you should never “settle” for less than the best, you are doomed to fail at love. Modern women’s standards are completely unrealistic. No one man can fulfill all your sexual and financial desires, plus make a great husband and father who’s home all the time doing childcare and housework, plus fulfill all your emotional needs. You have to decide what’s most important to you and move it to the top of the list. Stop expecting marriage to provide something it can’t.

Here’s a video that gets to the heart of what I’m talking about:

Men don’t typically take this approach to marriage because their needs are far more simple than women’s. All men want is a nice girl who’s pretty, who treats them well, and who likes sex. That’s about the sum of it.

Perhaps in fairness to men, women can come up with the three most important things they need and leave it at that!

3. Dump the concept of equality.

Countless husbands and wives have had their marriages fall apart due to the lie they’ve been fed that a good marriage is a union of “equals.” Not “equals” as in a partnership, the way you or I think of it—equals as in interchangeable: as though husbands and wives can, and should, perform the exact same tasks with equal fervor and with identical results.

In fact, the most successful partnerships are quite the opposite: one partner is strong in areas where the other partner is weak, and vice versa. Or simply for logistics’ sake, each partner focuses primarily on one task. Two people can’t drive the same car—it won’t move. The goal should be complementarity, not competitiveness.

Many couples struggle with sex because they don’t embrace how different husbands and wives are in this realm. Men need to recognize that women can’t get aroused at the drop of a hat the way men can; they need to be romanced or “warmed up.” That doesn’t mean a husband has to take his wife out for a candlelight dinner every time he wants to have sex; but it might mean lighting some candles or putting on some romantic music, or it might mean giving his wife a foot rub.

For their part, women need to recognize that men don’t need a perfect mood setting or even foreplay to have sex. Therefore, just as husbands will occasionally go out of their way to set the stage for sex, wives will sometimes need to have sex when they don’t initially feel like it. It’s a rare woman who wishes afterward that she hadn’t done it.

In other words: Recognize each other’s sexual and emotional needs and build them into the way you live.

How to Say ‘No’ to a Woman
Next Post: Yes, Gender Equality = Family Breakdown