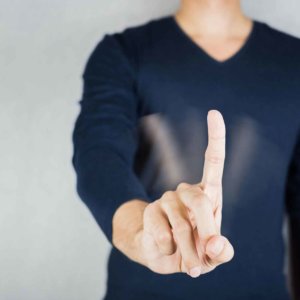 I recently began a new series I’m doing called ‘Ask Suzanne,’ where I take questions and post them on my new You Tube page.

For my first installment, I answered a mom’s question about what to tell her sons about navigating a culture steeped in female entitlement. Apparently her son had begun dating a girl who’s very demanding.

Shortly afterward I got this question from a husband: How can a married man say no to the unreasonable demands of his wife without losing her to divorce?

These are essentially the same scenarios, except one involves a boy and the other a man. But the quandary is the same: How should a guy respond to a woman who’s demanding?

Learn to say no.

What makes this hard is that saying no to a woman isn’t a natural state for boys or for men, who long to please the woman they love. Indeed, evolutionary pressure—as a result of paternal investment being crucial to infant survival—has compelled men to be responsive the needs of women.

When a guy is in love with a woman who appreciates him and who’s good to him in return, this dynamic works exceedingly well. But if the girl or woman he loves is selfish or entitled or just plain difficult, well, that changes everything.

In that case, it’s critical that males learn to say no. No, I don’t agree with you. No, I don’t want to go to that party. No, I (if he’s single) or we (if he’s married) can’t afford that right now.

If this sounds blasphemous to you as a woman, that’s likely because you’ve been conditioned to believe that being told no amounts to oppression.

It doesn’t. Being told ‘no’ means a man has his own agency and can’t be told what to think or what to do. You may not get what you want if he says no, but you’ll respect him more—and that will have countless benefits.

The good news is, as uncomfortable as it may be for you to say no the girl or the woman you love, it actually serves you both very well. Because a woman who’s demanding is actually testing you to see whether or not you’re stronger than she is. She wants you to stand up for yourself and speak your mind. If you don’t, not only will you be frustrated and angry, she will read your behavior as weak.

Nothing good can come from your choice to placate a woman.

Just ask Luke, who had this to say when I posted my first video on my Facebook page:

Saying no to girls is a BIG lesson boys need to learn (and to be frank, one that took me 40 years to learn). I use a litmus test now. Would I do this for my male friends? If the answer is no, then I look into it more deeply. There are circumstances where I still say yes (i.e. picking up a heavy box or walking a girl to her car at night), but generally if I wouldn’t do it for my male friends, I no longer do it for women.

That may sound harsh, but it’s a rational response to what has happened over the past 40 years with the so-called rise of women and the subsequent demotion of men. This shift didn’t put women next to men as “equals”; it put them in the driver’s seat.

Modern women have been conditioned to believe they’re oppressed by the patriarchy and subsequently responded by questioning men’s every move. They believe men owe them. That’s where their sense of entitlement comes from.

But men don’t owe women anything. Ergo, the male response to any woman who makes demands on him should not be to roll over as though he’s indebted to her.

The proper response is to simply say No.

Are Your Sons and Daughters Relationship Material? Part 2 of 3
Next Post: 4 Ways to Divorce Proof Your Marriage, Part 3 of 3