My Experience Dating As a Millennial in New York City 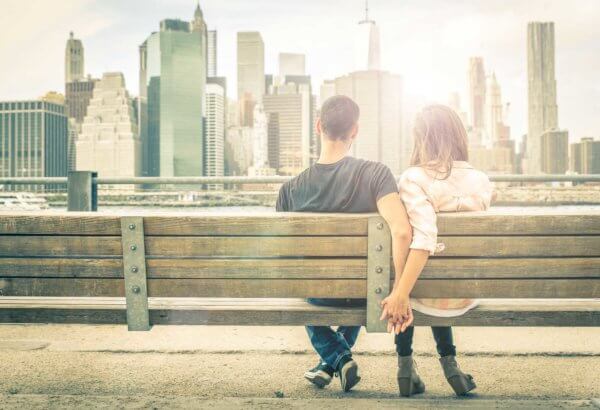 The following article was written by “The Renaissance Woman,” a 30-year-old Millennial who’s going through a transformation of sorts and wants to caution other women her age to take dating and relationships more seriously. She has asked to write a few posts for my readers. This is her first.

New York City is a thrilling environment for young people. Access to high profile restaurants, the best public transportation, trendy bars and unique employment opportunities make it a hub for young professionals looking to “make it” in competitive careers.

I know firsthand the allure of the city.  I moved to Manhattan in 2005 to pursue a career in the music industry. I stayed for nearly ten years until I burned out at age 26 and moved away.

As with the majority of millennial women, I was laser focused on my career goals and aspirations of rising to the top in my industry. Manhattan was perfect for me. Being an extrovert, I was enthralled with the fast-paced lifestyle. As I moved into my early twenties, I was optimistic about the prospect of dating. With a population of 8.5 million, certainly it would be easy to find good dates and establish a connection with Mr. Right, right?

New York City is hell for single, relationship-minded women. From my experience, it was exhausting, competitive and ultimately unsuccessful. If you’re just looking for sex in the city, New York will fit the bill. But if you’re looking for love, go elsewhere.

New York is indeed the epicenter of epic careers. I began working professionally in music at fifteen years old. I attended a private, performing arts high school near Columbus Circle meant for students who already had careers in the creative arts. At the time, I was a professional recording artist. I was making albums, playing shows with a band and taking meetings with record labels.

My days were filled with auditions for Broadway shows and taking voice lessons until I moved to Boston, MA, for college in 2009. I returned to New York from my one-year stint at Berklee College of Music. I picked up where I left off, continuing on my same path and becoming more and more intrenched in my career goals. I worked extremely long hours, often until late at night.

During that time I went on several dates with men where the main topics of conversation revolved around career aspirations alone. His and mine. Those dates would end, and it would be weeks before we connected again—if we did. Getting to a second date, much less a third, is nearly impossible when you’re living a fast paced city life. People fear committed relationships because they’ll interfere with the climb up the career ladder. Relationships are viewed as a distraction.

My story is not unusual: most people in Manhattan are pursuing demanding careers. Between commuting to and from work, long work days, stress, high rent costs and pure exhaustion, there’s not much time to form meaningful relationships.

Men in New York are in less of a hurry to settle down. One of my best friends, I’ll call her Caroline, is single and 30. She’s an attractive successful journalist and lives in Brooklyn. Caroline uses the dating app Bumble to find potential dates. I recently asked her about her views on dating in New York. She said most of her friends, who are also smart, beautiful women, are all exasperated from dating in the city. She said it’s common to be single in your thirties. That way of life is feasible for men but much harder for women who may want to settle down earlier and have a family.

The population of the city is over 50% female. There are far fewer men than there are women in Manhattan, which makes the competition steep and gives men the dating advantage. It also has one of the largest gay populations in the world, so many of the men women meet aren’t even an option. Caroline told me her male friends view women in New York as far more aggressive than women in other places. Women often make the first move to ask men out, which throws traditional dating out the window. I can relate to that. I recall many times asking men out on dates, which would feel wrong to me now. The idea of a man knowing what he wants and going after it is so attractive. The role reversal upsets the dating dynamic.

The “hookup” culture in New York City is ubiquitous. This particular subject makes me cringe, as I made a lot of poor decisions in the past when it come to dating. I’ve come to discover that those poor decisions were made under the influence of a culture pushing a very feminist narrative. That cultural narrative is especially prominent in progressive cities like New York. Funny thing is, I never considered myself a feminist. In fact, I was and still am politically conservative, which made me an anomaly in Manhattan. But it turns out my worldview was greatly impacted by feminism without my even knowing it. I think this is true for most women in my generation. Millennial women were taught via the culture that having sex “like a man” is empowering. Newsflash: It isn’t. For me, such behavior usually went nowhere and ended in a walk of shame. It took me years to realize I’d been conned by that notion. I spent a good deal of my twenties meeting up with dates in bars and having too many drinks, which led to my being much more casual with my body than I should have. I realize now I gave up my self-respect and even power by lowering myself to that level. My friends were doing it, too, and we were all having similar experiences. We’d meet for happy hours and lament over how awful guys were. We never acknowledged our role in our dating failures.

I’ve come to the conclusion that life is really simple, but we women insist on making it complicated. I turned 30 this past January and have begun a new chapter of my life. I’m at peace with the fact that making it in the big city isn’t the be-all-end-all.

Now that I’m getting older, I’m beginning to find beauty in simplicity. In the end, it’s our relationships that define the success of our lives.

I never thought I’d say this, but there is something to be said for an uncomplicated life with fewer options. I still have work to do, but I’m now gearing my life toward that particular goal; and I would challenge other women my age to do the same. Think critically about the big picture of your life and whether or not living a fast paced life, whether you live in a city or not, will bring you closer to all of your goals—not just your professional goals but your love and relationships goals as well.

The Most Important Investment You’ll Ever Make Is Not Your Career
Next Post: How to Have a Successful Long-Term Relationship Is the Most Pressing Issue of Our Time, Part 1