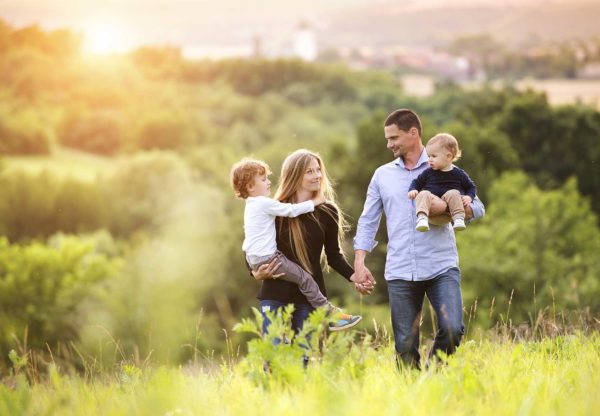 I have a 19-year-old daughter in college who, like most young women her age, enjoys an abundance of support and guidance with respect to her professional endeavors—as she should. What she will not receive is any encouragement or direction for what will someday collide with those professional endeavors and, more importantly, what will have the single greatest effect on her happiness and well-being: marriage and family.

The assumption is that women can, and should, map out their lives the way men map out theirs—as though the sexes are exactly the same.

In the age of equality, we pretend. We pretend women don’t care about love and commitment and can move in and out of meaningless sexual relationships with no repercussions at all. We pretend a career will be a woman’s greatest accomplishment, that it will give her life purpose in a way nothing else can. We pretend a woman’s response to having a baby won’t be fierce and intense and unique to her as a woman.

We pretend all of this, even though the truth—that women are gloriously and demonstrably different from men—is clear as day. And this difference becomes glaringly obvious when women turn 30.

“Thirty is a milestone,” writes Karla, a second-year medical student. “You only have five years left to have kids before you take serious genetic risks. Men have the advantage; they don’t even have to think of this. A lot of these men will be in their residencies before they even think of marriage. They can afford to fool around. I can’t afford to spend a year in a relationship with a man I don’t intend to marry. I don’t have the time.”

As time marches on, women become even more invested in their families, often to the point where they can’t remember (or even care about) what their lives looked like prior to having children. In fact the older they get, the more they realize that family is the #1 most important thing in life. Their careers are a side dish.

JP: “I think we do an awful lot of lying to women in our society.”

Interviewer: “What kind of lies do you mean, Jordan?”

JP: “That career is the most important thing in life…I think we lie to 18- and 19-year old women, especially in universities, by telling them that career is going to be the fundamental purpose to their life. And for most people that’s simply not the case. Nor should it be.”

Some adults do this “lying” in benign fashion—many mothers who failed at love and subsequently told their daughters to forget about marriage and to focus solely on career instead—and some do it willfully.

The folks who do it willfully are feminists.

Feminists don’t want women to be keepers of the hearth and home, and they don’t want men to be providers and protectors. That messes up their plan to create an androgynous society, one in which the sexes are interchangeable.

And while they’ll never achieve that goal, they do considerable damage in the meantime. Alexandra Soloman, a psychologist who teaches a course at Northwestern University called Marriage 101, says her students have absorbed the idea that love is secondary to academic and professional success.

“Over and over,” she writes, “my undergraduates tell me they try hard not to fall in love during college, imagining that would mess up their plans.”

These same women, many of them, will come to regret putting work ahead of love and relationships. The number of women I’ve heard from over the years who regret making work the central focus of their lives is too great to count. They’ve wound up in their thirties with no husband in sight and with a career that has been less exciting than they’d imagined.

All they want now is a family.

Do You Suffer From the Green Grass Syndrome?
Next Post: My Experience Dating As a Millennial in New York City