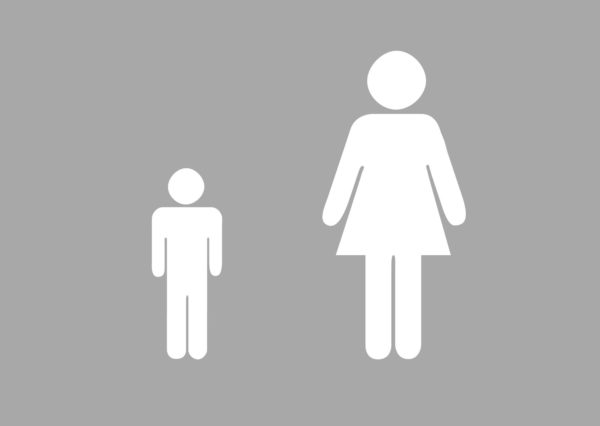 Note: The following article was originally published at the Washington Examiner.

In a segment Wednesday about men in decline and what it means for the country, Tucker Carlson pointed out “study after study has shown that when men make less than women, women generally don’t want to marry them.”

When marriage rates drop, he adds, it causes “a spike in out-of-wedlock births and all the familiar disasters that inevitably follow.”

Unsurprisingly, pointing this out was considered blasphemy by high-profile feminists, such as the ladies on “The View,” but Carlson is absolutely right. No matter how much women earn, they prefer to marry men who earn more than they do.

Ergo, women out-earning men in spades today is a problem because marriage rates decline as a result. Why do you think women continually ask where all the good men have gone?

It’s truly insufferable that Carlson’s haters — or as Carlson describes them, those “mindless cultural leaders” who “act like it’s 1961 and think the biggest problem American families face is that sexism is preventing millions of housewives from becoming investment bankers or Facebook executives” — blasted him for telling the truth, even though they know perfectly well what he said is true.

It’s those very same mindless leaders to whom Carlson’s observation particularly applies. Feminism is an elite woman’s game, and the more elite women are, the more they want to marry men who are more elite than they are.

Over at the HuffPost, Lee Moran was shocked Carlson had the audacity to look at the attendant costs of a country saturated in high-earning women (as opposed to cheering this phenomenon as a “victory” for feminism) and claims he cites “unnamed” studies to defend his point.

I hate to burst Moran’s bubble, but the studies are manifold — and they’re available for anyone who cares to find them. To start, here’s one published in the Journal of Marriage and Family. Here’s another published in the academic journal Personality and Individual Differences.

Despite women’s gains in education and in the workforce, the traditional pattern of women marrying dominant men persists. Even when women marry men who are less educated than they are, they continue to marry “up” in income.

“Despite their comparative lack of education,” notes Wendy Wang of Pew Research Center, “men are still overwhelmingly more likely to be the primary earners in their families. More than 7 out of 10 husbands, 73 percent, take home more money than their wives.”

What we’re left with, then, is an abundance of rich women and unemployed men.

One solution to this problem would be for women to marry men who are less educated and less wealthy than they are. While this may be somewhat more prevalent today (and, as Carlson noted, maybe something women should do), they generally don’t do it.

There is one other possible solution: Women could stop being so consumed by professional success and invest more time and energy on building marriages and families. That would leave room for men to become the career-successful partners women want them to be.

Unfortunately, that’s not likely to happen soon. Not only is it considered backward to suggest a woman value marriage and family more than career, men have been conditioned to step aside on behalf of women everywhere.

“Men are bombarded with a message that modern women value the opportunity for self realization through work,” wrote the late Geoff Dench. “So the chivalrous thing to do these days is for men not to strive too hard to hold down a job or seek promotion but to stand aside and let women go for it themselves.”

All of which is to say to women: Be careful what you wish for.

To Ring in the New Year, Why Not Change How You Think About Happiness?
Next Post: Of Course Unemployed Men Are Disastrous for Marriage