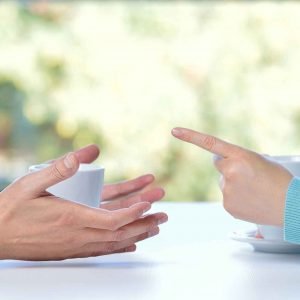 Are you one of those wives? You know which kind I mean: the kind who nags her husband (i.e. pleads, cajoles, yells, etc.) to try and get him to do something.

I know, I know: How else will anything get done if you don’t nag? I get it. But I have one question.

How’s that workin for ya?

The problem with nagging is that it doesn’t work. To annoy or to irritate a man with persistent fault finding will never bring about the desired result. You’re literally wasting your time, not to mention slowly destroying the relationship you’ve built.


I think, deep down, you know this. What you really want to know is, What’s the alternative?

Believe it or not, there is one. And it begins with Dale Carnegie’s book, How to Win Friends & Influence People, which was first published first in 1936 and is possibly the greatest self-help book ever written. If you haven’t read it, it’s essentially about how to deal with people. That’s a pretty broad theme, but it applies to almost every aspect of life—including marriage.

Here are a few takeaways from each chapter:

Carnegie also spent a great deal of time bemoaning criticism: “Criticism is futile because it puts a person on the defensive. Criticism is dangerous because it wounds a person’s precious pride, hurts his sense of importance, and arouses resentment.”

The best way to change another person’s behavior, he adds, is to change oneself. Since that’s the focus of my marriage and relationship coaching, obviously I agree with Carnegie! Plus I can vouch for the fact that it works.

Get the focus off your spouse and onto yourself in order to effect change.

If you’re a wife who routinely nags her husband, I have news for you: that behavior is slowly killing your marriage. Even if the marriage doesn’t end, its effects will reveal itself in other ways—including in the bedroom.

So what can you do instead of nagging?

State what it is you want.

Let’s say you want your husband to paint the bathroom. Don’t nag your husband to do it; just point out how much you would love and appreciate the new color. Don’t demand that he do it. Don’t even notice when he doesn’t do it after he said he would. Just strategically place that jar of paint somewhere where he’ll see it. Then say something complimentary or do something nice for him. Don’t go on and on with your request—he heard you the first time. Just say it and move on.

In other words, instead of starting a conversation with, “You never!” start it with, “I miss” or “I’d like …” The goal is to make the request or comment about you instead of about him, to focus on what you want or like and not on the ways in which your husband is inadequate.

A man who does what his wife tells him to do to “shut her up” may seem like a dutiful husband, but trust me: he’s harboring a boatload of resentment. Men do not like to be told what to do. Neither do women, but men don’t typically nag. Women do.

This week try a different approach. Try stating what you want or asking nicely rather than making a demand. Re-read Dale Carnegie’s list above, apply it to your relationship for one week, and see what happens.

I’d love to hear from you afterward!