4 Dating Rules for Modern Women From an Extremely Eligible Bachelor 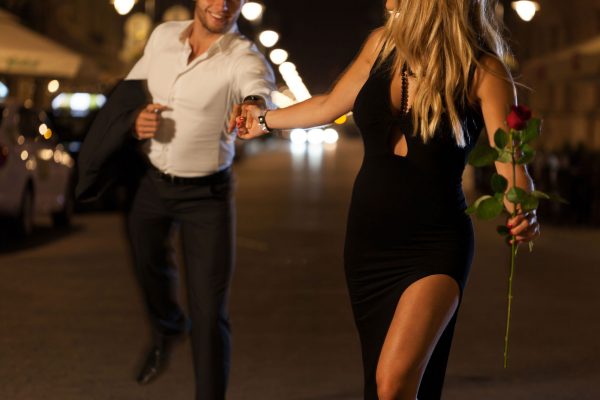 About a week ago The Federalist published an article of mine in which I list 8 dating rules for women that lead to marriage. Here they are, in no particular order:

Afterward, I heard from a number of people (plus there are over 1k comments on the article if you care to sift through them); but one gentleman’s email stood out, as he sent along 4 additional rules for women—rules that speak more directly to the modern dating scene. He asked to remain anonymous, but what I can tell you is that he’s an unmarried, successful, thirty-something Midwestern male.

Here are my emailer’s 4 additional rules for women:

(1) Get off of Instagram. Right now. When a man sees your perfectly curated Instagram full of glamorous photos that highlight you in your bikini, on fabulous vacations, and doing fancy things, he might be turned on by your curves, but he’s also going to be turned off by your display of narcissism. It signals self-obsession and shallowness, which is going to make a guy think that you aren’t going to value him and therefore that you aren’t relationship material. And he’s going to be right. The more time you spend on Instagram, the more obsessed with your own image you’ll become, the more you’ll see men as little more than another accessory or status symbol, and the more you’ll be dissatisfied with your dating options. And that will result in your misjudging perfectly good men who don’t live up to your unrealistic expectations.

(2) Make yourself more available to be approached. This does not mean throwing yourself at men. It means going out do to things where men are likely to be without sending signals that tell men to stay away because you don’t want to be bothered. Let’s assume that there’s a decent guy for you out there right now. What are the chances that, if you go to coffee shops (without wearing earbuds), bookstores, bars, the mall, yoga, the gym, meetups, the symphony, business networking events, church, and parties in other friends’ homes or ones that you host in yours, you won’t meet him in one of those places? For all you know, he has been going to exactly those same places looking for someone like you to approach.

(3) If you’re going to use dating apps, don’t ghost. Ever. It’s like poison. Every time you ghost, you remind your potential date that you think he’s disposable. Society already sends him that message all the time, and he doesn’t like it. It makes him jaded and cynical. If you aren’t interested in someone, don’t swipe right on him in the first place. Once you match with someone and he sends you a message, talk to him. And once you start talking to him and don’t see any red flags, accept a request for a date with him. Of course, there’s a risk he’ll turn out not to be your cup of tea. But if you don’t give a sufficient number of people a chance, you’re guaranteed to not meet anyone. Just meet him, and if you aren’t interested, tell him you don’t feel the chemistry you’re looking for. Everyone understands that. He will, too.

(4) When you meet someone, try being nice. Yes, sarcasm seems to be the lingua franca of our times, but men aren’t looking for women who can land the best zingers and pithy insults. Most men can already do that on their own, and some of them even recognize their tendency to go overboard with it as a character flaw. Men don’t want someone who brings out the worst in them. They want someone who brings out the best in them. Remember the Jack Nicholson line in “As Good As It Gets”? He tells Helen Hunt that she makes him want to be a better man. Men can tell when women have that effect on them and when they don’t. So try being nice and see what happens.