A Letter to Men About What Women Want 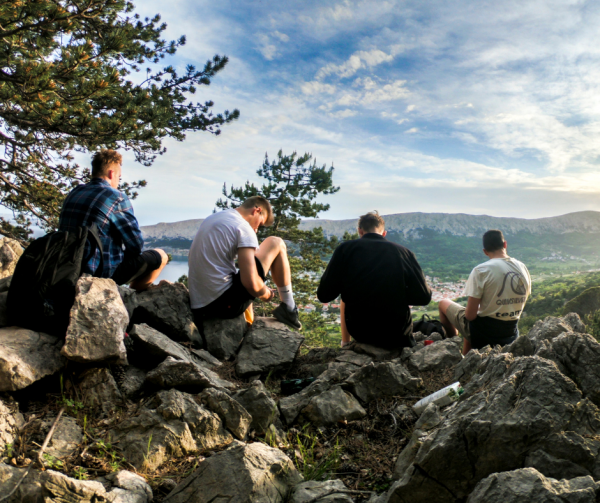 Believe me, I know how confusing it is to be a man in 2022, and I suspect it’s twice as hard to understand what it is, exactly, that women want.

For decades, women have been clamoring for “equality,” which as far as you can tell means they want to live traditionally male lives rather than traditionally female lives.

This, of course, has its benefits. You can get laid more easily than your father or grandfather ever could; you could potentially be richer than you otherwise would be since you’ll probably live on two incomes instead of one (ironically, though, this doesn’t always translate to wealth; but that’s a subject for a different day); and you can play house with a woman and never commit if you want.

But none of this is helpful for marriage-minded men who want to have a family.

If you’re in this group, it probably feels impossible to find a feminine woman who’s kind, nurturing, receptive, and maternal. Do such women even exist, you might wonder.

I’m doing the best I can on my part to help. For years I’ve been talking to, and working with, women about how to be a woman who brings out the best in her man.

But I thought it was about time I talked directly to you about how to be the kind of man that brings out the best in a woman.

To be fair, many women don’t even realize what they want until way late in the game. You have to remember, they’ve been groomed to shut off their girlie side in order to compete with men, so they’re as in the dark as you are about their own true desires. Maybe you could cut them some slack.

In fact, I think men and women today need to cut each other a lot of slack since the mess that exists between them isn’t their fault but the fault of those who came before them. Both sexes got screwed.

As far as I can tell, at the core of what causes you angst is that you don’t know how to be a strong, masculine man without coming off as an ass or a tyrant.

In other words, you don’t know how to lead. Well, maybe at work you do. But I mean at home, where it really counts.

That’s because you’ve been living with the lie that male nature is toxic and possibly grew up in a father-absent home. No one ever modeled or explained what it means to be grounded in your masculine.

You adopted the feminine traits women have been groomed to reject.

At first, this felt right. After all, someone has to take on the feminine role. But at some point down the line, the women who appear to like your softer side will come to resent it. They will want to step into their feminine once thoughts of babies invade their brain, and they’ll have no idea how to go about it.

This when the conflict typically begins.

Every romantic relationship requires a masculine and a feminine to become sexually charged.

Think of a battery: It has two opposite ends in order to produce energy. It’s the same way with women and men. The stronger the masculine and the feminine shine, the more unbreakable your relationship will become.

Some couples can switch that up—she provides the masculine and he, the feminine—and the relationship still works. But that is very, very rare.

Should women stop being so masculine if they want to build a relationship that lasts? Of course. But you can’t control that. What you can control is YOU. And the way to do that is to remain firmly in your masculine despite what women choose to do. The more masculine you are, the more she’ll be forced to step into her feminine.

Masculinity is not bad or toxic or evil. People are.

Masculinity is hard, gruff, and protective. It acts. It makes decisions, and it gets things done. It doesn’t sit around waiting for the woman to decide. A man is designed to be the pursuer, not the receiver.

For this reason, you’ll gain a woman’s respect and attraction by remaining firmly in your masculine at all times. Here’s a conversation I had recently with a man who lost his way and circled back to who he was meant to be. Perhaps it will help you, too.

In the meantime, focus on these following five questions:

The answers to these questions should be: no, yes, yes, yes, and yes.

Men with purpose and drive don’t need to be rich; they need only be motivated toward something that lights them up. That will light her up.

Men who say yes when they mean no will not get the respect they crave. Always tell the truth, even when it hurts.

Men who communicate their needs are sexy. Men who clam up or stay quiet are not.

Men who are calm are enormously sexy. Men who yell are not.

Women aren’t sexually attracted to men who are lazy with their appearance. Put in the effort to be healthy and look good.

To reiterate: You cannot make a woman be less masculine. But you can provide the structure that will allow her to feel safe. And when she feels safe, she softens.

Right now we have a nation of women who don’t feel they can trust men because men have succumbed to the equality message just as fiercely as women have and as a result have taken a step back.

This is not what women want. I know it feels natural to do this as a result of women becoming more like men, but that is not the answer.

I know what I’m saying isn’t easy to hear or easy to do. I know that it feels easier to let women be men because there will be less conflict and because you’re so good at serving women, and it seems like this is what they want.

But it isn’t. Every week I hear from married couples that learned this the hard way.

So be preemptive. Don’t fall for the sexual equality garbage. That’s for the workplace, not for your relationship. Stay true to what God (or nature, if you prefer) made you to be: fierce and strong and purposeful and protective.

Male nature is the one and only thing that will cause a woman to surrender to her femininity, which will in turn create peace and passion in your relationship.

If she won’t follow your lead, you’re either doing it wrong or she’s not the woman for you.

Previous Post:What does masculine love look like?
Next Post:Is she marriage material?