America Could Use a Lot More Dr. Lauras 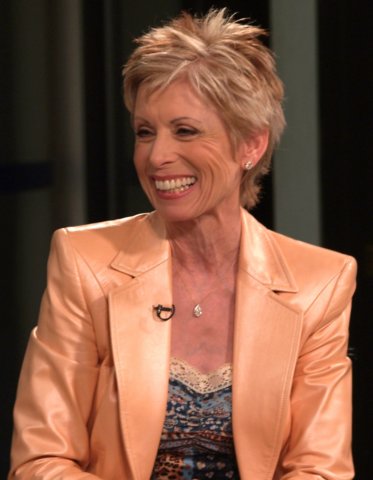 Twenty years ago I got a bee in my bonnet and wrote a book about the needs of children and the significance of parents meeting those needs. I was home with my children at the time, and the Mommy Wars were raging. I was tired of listening to all the propaganda about why it makes no difference whether mothers raise their own babies or not because daycare will do just fine.

So I did what anyone would do: I wrote a book about why that isn’t true. And Dr. Laura Schlessinger was kind enough to write the forward.

As it happens, Dr. Laura and I have stayed in touch over the years—I’ll be attending her 72nd birthday party in January, which I’m very excited about because it involves dancing to music like this—and I’ve listened to her program, which can now be found on Sirius radio 111, for years.

Several weeks ago, Dr. Laura was inducted into the National Radio Hall of Fame for, I presume, having had one of the longest running and most popular radio programs in history.

Dr. Laura’s longevity and steadfast commitment to marriage and family, which is the focus of her work and her program, is remarkable. I’ll probably peter out long before she does. She’ll still be doing her radio show at 100 while I’m crouched over a card table at a nursing home having given up the fight.

But I digress. The reason for this post is simply to say this:

America could use a lot more Dr. Lauras.

We live in a very difficult and sad time. Difficult because people are no longer free to speak the truth without being labeled racist, sexist and all the rest. And sad because our values and priorities are completely out of whack.

That’s where Dr. Laura comes in. There are very few people in power—Can you even name one?—who have the courage, the chutzpah and the moral fortitude to encourage people to “do the right thing.” (That’s the slogan of her program.) There are very few people in power who will say, without backing down later, what needs to said about men and women, sex and love, children and families. Things that are profoundly true but considered blasphemous to admit, such as:

If that’s not your cup of tea, you can buy any one of her books—The Proper Care and Feeding of Husbands is particularly helpful, although I really shouldn’t tout that book since its overall message is so similar to The Alpha Female’s Guide. But what the hell—her title is better.

And if none of that floats your boat, just listen to this 5-minute clip of Dr. Laura talking to Larry King about men and marriage, and those of you who know my work will understand why I feel the way I do about her. We just speak the same language.

More than any of that, though, there is this:

This country is drowning in broken women and men who have zero understanding of how love works.

Women in particular have been raised on a steady diet of feminist propaganda that teaches them to be resentful of being women, that in order to be worthy they need to think and act like a man.

It was the single worst advice of the century.

Dr. Laura gets a lot of flak (as do I) because she tailors her message to women. Well, she has to. It is women, not men, who’ve been conditioned to believe that being a wife and mother is akin to slavery and that men are natural-born oppressors. This narrative has been shockingly effective.

And all we have on the other side is one petite, feisty, formidable woman trying to get women and families back on track. The number of people Laura Schlessinger has helped in forty years is staggering.

Just imagine what we could do if we cloned her.

Women wanted to stand on their own two feet, and now their feet are starting to hurt
Next Post: Feeling “used,” or like a “booty call,” is the #1 experience of women who engage in hookups