Dear Suzanne, Help! I’m 29 and still single. Is it too late for me? 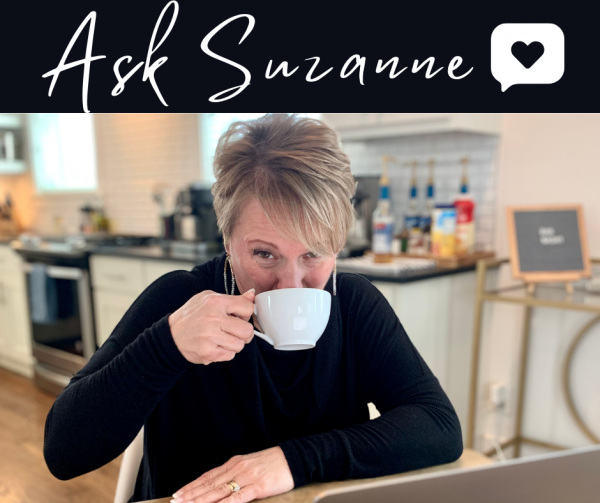 Part of my frustration comes from the fact that for a large part of my 20s I haven’t been prioritizing the pursuit of romantic relationships at all, and I’m regretting it now, as I have been feeling more and more over the past few years that something has been wrong with the direction I’ve been aiming towards in life.

I struggle to find meaning or motivation in my work life because I constantly feel out of alignment, and these days I can’t stop thinking about how much I’m craving the excitement and joy of falling in love and starting a family and having kids.

As I’ve gotten older, I’ve painfully realized time and again that I was continuously pushed by all the mentors I’ve had towards being more masculine in everything I do, and this has caused a great bout of inner turmoil and a large degree of difficulty when it comes to successfully attracting and maintaining loving relationships with men.

I’m hoping to figure out how I can orient myself differently going forward and make smarter choices as far as career and location goes so that I can be open to more dating opportunities and meet someone before it’s too late for me to start a family.

You are far from alone with your predicament. I know that may not feel comforting at the moment, but it’s important for perspective. You represent the average woman in America today—and it’s the reason I do what I do.

First of all, I too was once single at 29. Only in my case, I’d been married once already so I was really divorced, not single—which is worse than your situation. I didn’t have kids, though, so I still had options. If I’d had a child, it would have been considerably harder to find the right man.

All of that said, I’m an optimist. I genuinely believe that anyone can turn his or her life around with a simple tweak of attitude. Sounds Pollyanna, I know, but the older I get the more I experience the truth of this claim. Attitude really is everything.

All of our behaviors stem from our beliefs. We receive back the energy we put out into the world. You said you had not been prioritizing love throughout your twenties—and believe me, men pick up on that. If all your attention is focused on career (as is the case with most women of your generation), marriage minded men will skip right past you and head toward the woman who loves love. The one who’s soft, who’s maternal, who’s kind, and who wants to get married and have a family. Men can smell these women a mile away today since they are so few and far between.

You probably know this, having learned it the hard way. The good news is, you’re 29—not 39. Big difference. You also don’t come with the baggage of an ex-husband and kid. Even better, I’ve seen you and you’re both fit and attractive. Another bonus!

So all you have to do now is 3 things:

But this won’t be your story—because you get it. You see what horrible guidance you were given, and you know what to do now. Try to relax and let it happen naturally. Don’t get desperate because the clock is ticking; you still have time. I had a client recently who was in your exact boat, and the perfect man arrived before she knew it. She made it clear right away that (a) she wasn’t going to sleep with him anytime soon and (b) she was looking for something permanent.

This is sound practice. Too many young people are pseudo-dating: They’re not dating with purpose or with an end goal in mind. They think it will scare the other person off if they let it be known that they’re looking for a husband or wife. It’s true you don’t want to discuss this on the first or second date, but it should be clear by the third or fourth. The worst thing that can happen is that you learn the other person isn’t interested in the same thing, which is great! Now you can stop wasting time and move on to the next guy.

Hope all of that helps. Let me hear back from you in a few months to see how things are going. Good things are on the horizon!