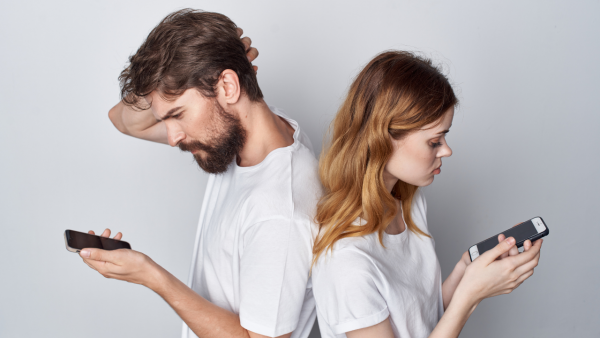 Don’t marry the first person you fall in love with. The more relationship experience you have before getting married, the better. That way you’ll know yourself better when you say, ‘I do.’

For decades this has been the relationship narrative passed on to the young and unattached. But my experience as a relationship coach suggests the opposite is true.

So does the data.

Theoretically, the narrative makes perfect sense. If we have to try on a lot of jeans to get just the right fit, shouldn’t we do the same when it comes to the most important decision of our lives?

Actually, having more relationship experience is related to having a less happy marriage, or less relationship stability, later on.

As Gelena Rhoades of the National Marriage Project explains in this two-minute video, there are three main reasons for this surprising outcome:

None of this is to suggest your relationship is doomed if you have a rich relationship history. Studies like these are designed to help us understand averages, or the likelihood of an outcome.

What the data does remarkably well, however, is help to put one’s relationship in perspective so that when conflict occurs you don’t get sucked in to a ‘grass is greener’ mentality in which you romanticize the past. The Green Grass Syndrome is rife in our culture today, what with social media making it appear as though there’s always a better option. But that is rarely the case.

I’m Looking at You, Mom and Dad

It is extremely common for parents who have regrets about their own relationship history to advise their kids to do things differently. This can be helpful at times, but often parents’ past decisions are irrelevant if they don’t apply to current times.

For example, during World War II many couples got engaged or married because they didn’t know if or when they’d see each other again. That circumstance no longer applies, so we wouldn’t use it as a benchmark for marriage today.

Similarly, technology, social media, and loose sexual norms have changed the landscape so dramatically that those of us over the age of say, fifty, can’t possibly compare our kids’ experiences to our own.

That’s why I get so frustrated with parents who tell their daughters in particular to “focus on your career” and to “worry about marriage later,” either due to their own life regrets or bc they’re simply repeating what they’ve been groomed to believe is good advice.

In my mother’s day (she was born in 1930), women could afford to casually “date around” (even dating several men at once!) because they weren’t having sex with them. Dating in those days was often light and fun, but that is no longer the case.

With traditional dating dead, and casual sex normalized, the advice to “focus on career” and to “worry about marriage later” will almost certainly lead to a string of broken relationships that are sexual in nature. And if the data is correct, this will make marriage all the more challenging.

Both of my “kids” (we have a young adult son and daughter) are currently in love with people they’ve been with for several years. I have no idea what will happen with each of their relationships, but my husband and I have never suggested they dump the person in order to stay focused on their individual pursuits.

Believe it or not, there’s a world where young love and career co-exist.

These two domains can clash, but they don’t have to. Couples who prioritize career usually wind up in long-distance relationships, or they compete with each other’s careers to try and determine which one should take precedence. Both make relationships fragile.

Those who prioritize love, on the other hand,  stand a better chance of relationship success.

If your adult children are in relationships in which there are no red flags to speak of, it is foolish to encourage them to end the relationship in order to see what else is out there. Especially when there is zero proof that more relationship experience equates to a better marriage.

There is, however, evidence that the opposite is true.

Previous Post:4 things women need to know before having a baby
Next Post:Help! My spouse won’t combine finances