The Modern Generation Has No Clue How to Date 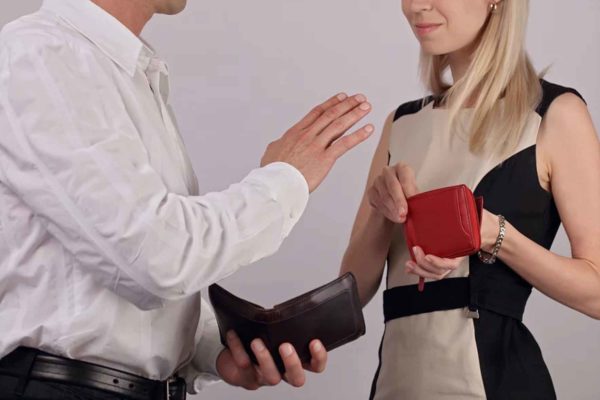 I had a conversation with my daughter recently, where I (sadly) learned that she’s uncomfortable with the expectation that a man should pay on a date.

Whaaat? I asked. That’s what men are supposed to do!

I know, she said, but you don’t understand how things are today, Mom. It just feels wrong to expect the guy to pay.

I thought of that conversation when I stumbled upon a 2018 article in the Wall Street Journal. In “Who Pays on a Date? That’s Still a Complicated Question,” Elizabeth Bernstein asks who should pick up the tab for a date in this postfeminist world of ours. “Is paying a sign of caring, or power? No one really knows anymore.”

She adds, “Traditionally, men have paid for courtship because men had the money. They thought of themselves as chivalrous, respectful and protective when they paid. Then women entered the workforce, the feminist movement attempted to level the playing field, and women began offering to pay. They want to signal their independence, show that they aren’t looking for a free ride, and prevent the perception that they owe their date anything.”

This explanation for why modern couples are struggling with who should pay on a date confirms how little men and women understand each other today. What used to be common sense—that a man paying when on a date has nothing to do with a woman getting a “free ride” and everything to do with his desire to spend his hard-earned money on a woman he loves (or likes)—is lost on the modern generation.

The idea that a woman “owes” a man something as a result of being taken out on a date is also absurd. That has never been an expectation except by lame-est of men. If it feels that men today do expect sex as a result of taking a woman out, that’s no doubt because men are used to sex being so easy to get.

To drive home the madness of modern dating, Ms. Bernstein of the Wall Street Journal points to a study in the academic journal Sage Open, which discovered something telling. Seventy-six percent of the men in the study said they “feel guilty” if they don’t pay on a date. And yet: 64% believe women should contribute to the bill! Half even said they would stop dating a woman who never pays!

The women’s responses were similarly paradoxical. Forty percent said they were “bothered” by men who wouldn’t accept their offer to pay. And yet: 39% percent wished men would reject the offer! Moreover, 44% said they were put off by men who expected them to help pay!

What the hell? Sounds nuts, right?

Not if you understand human nature.

There’s a perfectly good reason why both men and women are uncomfortable when a woman on a date pays the bill. It’s called instinct.

Human beings are predisposed to traditional courtship, or dating. If you look at the animal kingdom, the male pursues the female. Why do we think it’s any different for us?

This natural dynamic was never questioned before feminists came along to insist the sexes are “equal,” as in the same. But no amount of money women make will ever level the playing field—because money and power cannot erase the nature of women and men.

That’s the reason for the nonsensical responses of the women and men in this study. On the one hand, they both know instinctively that men are the dominant sex. On the other, they’ve been told for eons that male dominance—which should never be conflated with domineering; those are not the same thing—is bad. They’ve been told ad nauseam that the sexes are “equal.” The result is that men and women have become more like best friends. They simply have no idea how to be lovers.

All they do know is that the attempt to be “equal” is like putting on an ill-fitting sweater: they want it to work, but it just doesn’t fit. Hence the reason why men feel “guilty” about letting women pay and why women secretly wish men would reject their offer to pay. They’re doing what they’re told they should do, but no one is getting what they want.

Thanks, Feminists! You were right. We’re so much better off today.