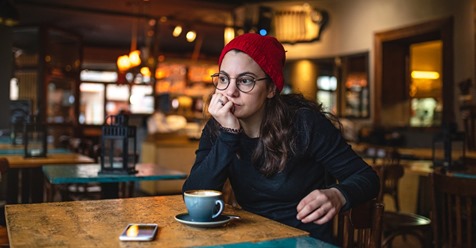 This article was published at the Washington Examiner.

When it comes to the problems millennials face, we’re just not getting it. As I mentioned in my last post about the debt millennials have incurred, their predicament isn’t their fault. It is baby boomers who led millennials astray.

“We suffered from the educational debt phenomenon because when we couldn’t find jobs, a lot of us went to college. Or we got graduate degrees. Our boomer parents encouraged us to fund a lot of that with debt, on the premise that it would eventually pay off in the job market. But that was clearly wrong, and we’re paying the price for it,” writes Wall Street Journal columnist Joseph Sternberg in this interview about his new book, The Theft of a Decade: How the Baby Boomers Stole the Millennials’ Economic Future.

That is unquestionably true, but it’s not enough. Too few are willing to discuss the social narrative Boomers promoted that resulted in the economic troubles millennials now face. As Simon Sinek explains in this wildly successful video about millennials in the workplace, there are four pillars that landed millennials in the boat they’re in: parenting, technology, impatience, and environment.

“Too many millennials grew up subject to — not my words — failed parenting strategies,” notes Sinek. Millennials were routinely told, for instance, that they were special. They were told they could have “anything they want in life, just ’cause they want it.”

Once again, true. But there’s more to it than that. This message to which Sinek refers was specifically directed to girls by their feminist-minded mothers. Sinek talks about the self-esteem movement and the harm it’s done to millennials, and I agree. But we can’t separate the self-esteem movement from the feminist movement. They’re two sides of the same coin.

The self-esteem movement says, “There’s no one quite like you. You’re amazing. Go — seize the world.” And feminism says, “Your mothers’ lives were constrained. Don’t live the way they did — reach for the stars instead!”

As a result, girls and young women both then and now feel entitled to lives that defy description. They should be out-of-this-world exciting!

It was a powerful message that set off a chain of events. Millennials are the first generation of women to reject marriage and motherhood and to instead pile up degree upon degree, resulting in debt that, while theoretically was supposed to help them get established for marriage, instead dealt them a cruel blow: now they can’t afford to get married.

No one told these women that when previous generations got married they had zero money saved. But they also had no debt. The idea for marriage is to grow together, but that’s not what boomers taught millennials. Why would they? Boomers are the generation that brought us divorce. They didn’t want their children (again, their daughters in particular) to get married. Why be “just” a wife and mother when you can rule the world?

With this one simple (but destructive) message, everything changed. Today more than half of young people don’t have a romantic partner at all, let alone a spouse. Marriage has taken a serious nosedive, and we are all worse off as a result.

At the end of the day, Americans have underestimated the power the feminist narrative had on an entire generation of women. Even millennials don’t understand it — they never knew any other way to live. But that is changing.

Only now they’re too old or too broke to have one.

Maryann White: The Challenges of Being a 21st Century Catholic Mom
Next Post: Human Nature Isn’t Toxic. People Are