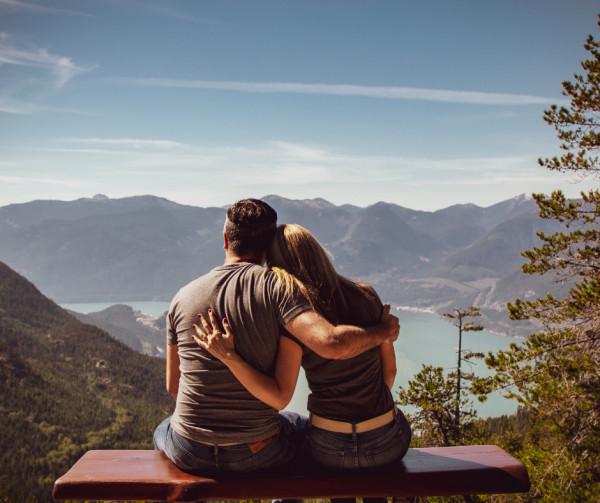 The average woman in the West today has been raised to believe she should “never depend on a man.” Sadly, this goes way beyond finances and ultimately shatters the trust that’s required to build a relationship that lasts.

She usually internalized this for one of the following reasons: She was a product of divorce and rarely saw her father; her mother badmouthed her father and/or men in general; or her father was an alcoholic, financially unstable, or present but disengaged. Or perhaps she simply listened to the culture.

Whatever the cause, the result is the same. She has erected a wall around her heart and won’t let masculine love in. Heck, she doesn’t even know what it looks like.

Healthy masculine love is powerful. It is purposefully designed to provide a rock-solid foundation for women, whose bodies and life trajectories are by necessity different from men’s.

That men and women live similar lives prior to marriage and motherhood doesn’t change the fact that at some point, usually around the age of 30, the differences between the sexes become stark. Is it then when women begin to feel the weight of their own vulnerability.

Enter her relationship with her father. This relationship is crucial to a woman’s ability receive masculine love, or to “depend on a man.”

Women who spent their childhood seeing little of their father, or at an arms-length indifference by a present father, struggle to be vulnerable in the presence of a man. It’s too scary.

We often hear today from women that they can’t surrender to a man because there are few strong men they can depend upon. But it’s a chicken-and-egg scenario.

You have to trust a good man first in order to receive his gifts.

Masculine love allows a woman to relax in the knowledge that she’s loved for life by a man who won’t leave and who will protect and provide on her behalf. He knows that his woman is capable of providing for herself, but that doesn’t change his desire to see to her needs.

Providing isn’t just about money, either. It’s also about physically taking care of things, be it making the plans for a date or doing household chores and childcare. The trick is to motivate your man to want to do so.

How do you do that? By surrendering to masculine love.

What does that mean?

It means not telling him what to do and allowing him to figure it out.

It means saying yes or okay instead of no or what about this or that.

It means not criticizing the way he does things and tempering your own anxieties about what the result will be.

It means bringing your femininity—your natural beauty, softness, and openness—to the table and stop insisting on being the one in charge.

For many women, this feels strange and uncomfortable since they decided early on that men can’t be trusted or relied upon. But if you want to bask in a man’s undying love, this is the one and only way to make it happen.

At the end of the day, you have to decide: Do I want to take care of everything myself? Or do I want to be loved and adored?

You will never be able to have both.

Previous Post:Two ways women can bring back marriageable men
Next Post:A Letter to Men About What Women Want
Loading Comments...