Is Getting Married Young Back in Vogue? 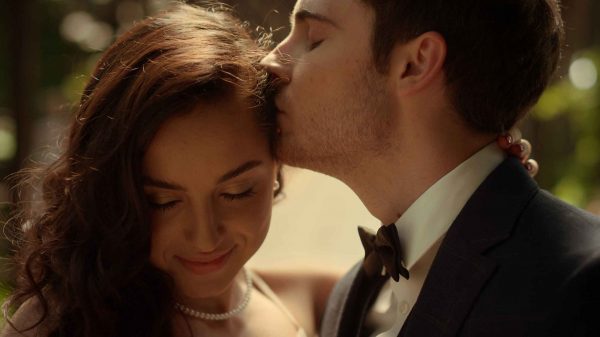 So my 22-year-old daughter, who graduates from college next month, recently received a wedding invitation from her freshman year roommate. At their university, like many others in the South, finding one’s spouse via fraternities and sororities isn’t that uncommon.

Needless to say, my own college experience was decidedly different in that I graduated from a large public university on the East Coast, where merely talking about marriage was verboten.

Still, the invitation my daughter received (and the fact that she too is in a serious relationship) has had me thinking a lot about the ideal age to marry.

The status quo in the U.S. is that the best marriages consist of two people who’ve established themselves financially and professionally after being single for a long time. This mindset is so ingrained in our culture that talk of people marrying in their early- or mid-twenties is met with either shock or silence. Indeed, I have dear friends whom I respect very much who will disagree with what I’m about to write. (Or perhaps they’ll change their minds after reading. 🙂 )

One might assume, since I married for the first time at age twenty-three and got divorced four years later, that I’d be a card-carrying member of the “Early- to mid-twenties is too young to get married” club. Alas, I am not. I’ve been married to my second husband for almost a quarter-century and have had plenty of time to think long and hard about my own story, as well as the stories of others whose marriages did and did not last.

My conclusion? I think chalking up a successful vs. an unsuccessful marriage to a matter of age is lazy. It isn’t age, per se, that matters but the mindset and the circumstances of those who are tying the knot.

It is true that married couples 24 and under have a high divorce rate. However, this statistic combines teens who marry with twenty-three year olds who marry, which makes zero sense. There’s a giant difference between a teenager and a twenty-three old, and I think we can all agree that teenagers should not be getting married.

Still, those who marry on the younger side do have this to contend with: “Most youthful couples do not have the maturity, coping skills, and social support it takes to make marriage work. In the face of routine marital problems, teens and young twenty-somethings lack the wherewithal necessary for happy resolutions,” writes Nicholas Wolfinger at IFS.

That, to me, is the meat of the argument. How old someone is when he or she gets married is far less significant than whether or not he or she has the “maturity, coping skills, and social support” needed to be married. Some couples do, and some do not. And datasets don’t document maturity—nor do they discuss personality. Yet both matter a great deal.

(As a side note, since women generally mature faster than men, I personally think it’s better for men to be in their mid-twenties, at least, when they marry—although again it depends on the person. I also think it’s important that couples who meet in college live in the real world before getting engaged. Making the decision to get married while still in college is taking a big risk.)

There are also far too many parents, in my opinion, who let their own experiences—either with divorce or with romantic regrets—be a barometer for what their adult children should or shouldn’t do. These are typically the parents who teach their kids, either implicitly or explicitly, to focus all of their attention on money and career and to “worry about marriage later.”

But many of these parents leave out any reasonable alternative for how a twenty-something is supposed to live in the meantime. What about sex? About love? About commitment? About cohabitation?

Millions of young people are flailing about in the wind because all they ever heard growing up was “get married later.” But they have no blueprint for how to move through their twenties instead.

Raising children to place career over love is a mistake. As a relationship coach, I see how this message has played out, for women in particular, and it isn’t pretty. The most difficult conversations are with thirty-something women who are desperate for a baby with a husband nowhere in sight.

Here’s the underlying problem with the career first/love later mindset: Whom we marry and how that marriage fares has the single greatest effect on our happiness and well-being than anything else we do. It literally determines the direction our lives will take.

Jobs can be determinative, too; but they are replaceable. People are not. What sense does it make, then, to put the decision about whom to spend one’s life with at the bottom of the list?

The most common reason people give for why young people should wait to marry rests with the notion of “finding oneself,” or of developing one’s identity. I admit that on the surface this sounds good, but it rarely produces the desired result.

We humans are not something we “discover” one day (especially not by the age of thirty!). Rather, we are constantly in the process of becoming. It takes decades to truly understand who we are because who we are is always evolving. There’s no magical day where we say, “Okay, I’ve found myself!” and a potential spouse magically appears. It doesn’t work that way.

More often than not, what happens is that women reach the age of 30 and marry whoever they happen to be in love with (or living with) because they know time is running out, and they desperately want a family. At this stage, too many women are not thinking objectively, the way they would if they had time on their side.

It is true that to be successfully married you need a strong sense of self. You also need to know where you’re going and how you plan to get there. Not all young people are in this position, but many are. Still, your identity as a couple will have far more impact on your marital success than will your own personal identity.

Interestingly, a new report comparing early marriage to later marriage shows that almost half of young people are either married or want to marry earlier rather than later. What motivates these folks is the desire to build a family, and that begins with marriage.

It is also important to note that the 45% of young adults in this country who are either married or who want to be married cannot be compared to their parents or grandparents. These modern young adults are forging this path because they want to, not because they have to. It is a new phenomenon, and we’d be wise to support them.

For the record, I’m not suggesting it’s always bad to marry later. Delayed marriage is a viable path for those who refrain from casual sex, cohabitation, and unwed births. (Though it should be noted that few young adults do this, which is why many are unsuccessful in their thirties when it comes to their love lives.)

What I am suggesting is that people not be so quick to accept the status quo about prioritizing career over marriage. Perhaps it’s time to revisit the idea that marriage should be the last thing on young people’s minds.

To that end, here are 5 great reasons to marry earlier rather than later:

To be sure, it can be scary to think and behave in a way that goes counter to what the culture teaches. But for those who have the courage, the rewards are great.

As I repeat time and again, on my podcast and elsewhere: The more countercultural you are, the more successful you will be in life and in love.

Suzanne Venker is an author, a relationship coach, and host of The Suzanne Venker Show. Her most recent book is How to Get Hitched (and Stay Hitched): A 12-Step Program for Marriage-Minded Women.