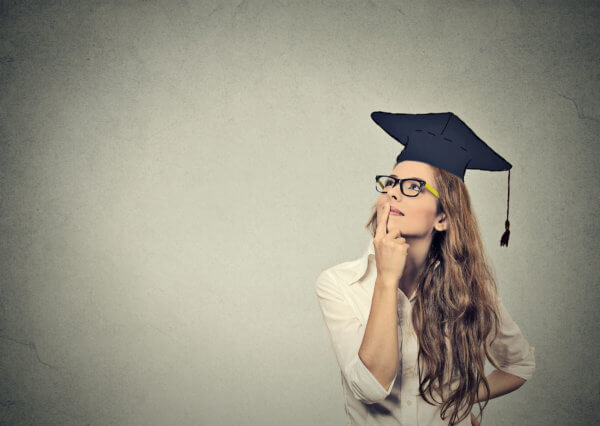 In January, Kelsey turns 30—that life-defining age when many women begin to think about things they should have thought about years ago but didn’t because no one told them they should.

That’s because modern women are taught to forget about marriage, or to at least put it off indefinitely, and focus exclusively on their careers. There’s plenty of time to think about marriage later.

Is that a smart plan?

With the 30-year mark approaching, I’ve been going through a multitude of changes of heart and thought. In order to explain those changes, I need to reveal some context.

From the ages of 16 to 24, I lived in New York City, where I was surrounded by adults and educators who force-fed a very “feminist” narrative, one I didn’t recognize as such at the time. It has only been recently that I’m beginning to see the impact of those surroundings and also to examine some of the choices I made along the way that have led me to my current predicament.

I moved to New York from Florida originally to pursue a career in the entertainment industry. My number-one focus and desire was to become a recording artist and to have a successful career in the industry, and I was surrounded by young women who were on similar paths. We were all very focused on getting ahead and having high-profile careers.

I never once considered marriage, family or what I would do if my chosen career path did not work out according to plan. I was raised in an environment where you were taught to “never depend on a man,” that marriages were likely to fail, and that having kids would destroy the prospect of a high-flying career.

At the end of 2014, I moved back to Florida. I had become disenchanted with the music business and was burned out on the city, including the high cost of living. Around that same time, I became involved in a serious relationship and eventually moved in with my boyfriend. We started a music business together and have now been together 3.5 years. We’ve spent ample time with each other’s families and have completely intertwined our lives with a home and business.

When I turned 29, I started to have the very normal feelings of wanting to get married and potentially have a family. Problem was, we never discussed our viewpoints on marriage or kids early on in our relationship. I just assumed that because I felt a certain way at 25 I would feel the same way at 30.

Well, I am here to say that that is not at all true. My boyfriend and I are not on the same page—at all—when it comes to the future. ‘Playing house’ has been fun and much easier to maintain financially; but by doing so, my boyfriend is in no hurry to propose. By living together, I destroyed the incentive for him to make a commitment. Why would he want to marry me when I’m already a “wife”? He also isn’t sure he wants to have a family, which of course leaves me in limbo.

The thought of going back into the dating scene makes me nauseous, especially as the dating pool dwindles and my friends are settling down with weddings and new homes. I feel totally stuck, unprepared and unsure of what to do.

I know because of the narrative millennial women have been conditioned to believe via movies, television, and even by our own parents that I cannot be alone in this struggle. If I could go back in time, I would have pursued the same things; but I would have accepted the fact earlier on that I should also plan accordingly for the other things that make a well-rounded life—including marriage, family, career and a partner who’s on the same page.

Kelsey is far from alone. Women today are woefully unprepared for the reality of what their futures will be like. A job, or career, is merely one part of life—and not even the best part. The best part of life is finding someone to love who loves you back, and having a family of your own.

It’s also smart to put love first, for nothing will have more effect on your happiness and well-being than the state of your love life. A great marriage is life’s greatest blessing, but a bad one will make your life hell. Why, then, do we not prepare women for this critical juncture in their lives?

Why do we tell women to focus exclusively on work and ignore the part about marriage and babies? What are we afraid of?

Parents and educators have a responsibility to tell women what they need to know about their futures. Here are 3 things to tell your daughter about the future while she’s still young enough to make plans:

Being armed with information like this will go a long way toward helping women avoid the predicament Kelsey now faces. There’s no reason for women to end up in her boat—it’s completely avoidable.

Reject the message the culture sends. Create your own roadmap.

Wives Who Earn Their Own Money Need to Use This Power Well
Next Post: What did your mother teach you about love?