How to Be Nice to Your Husband 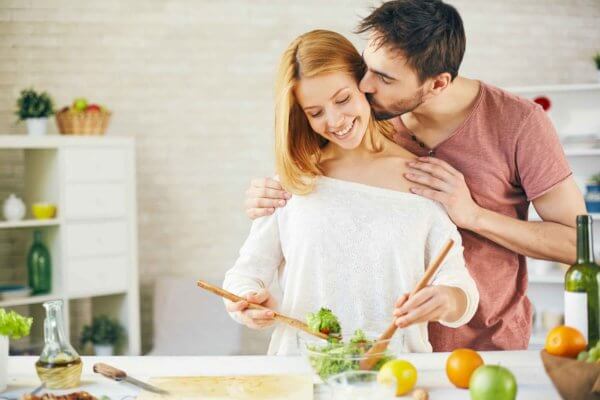 Did you know that just being nice to your husband can save your marriage? It’s true. And yet the number of women who’ve been groomed to think being nice to their husbands is beneath them is off the charts. (Thanks, feminism.)

Women who win at love reject this bogus narrative because they love and understand, rather than resent, men.

These women know that men are easy to please and have very few needs. When you meet those needs, your marriage will run like a well-oiled machine. It’s women’s resistance to meeting them that causes so much conflict.

Okay, you say. I hear what you’re saying. But what does nice look like?

It looks exactly like the way you acted when you first got married. Remember when you were so excited about having a husband that you would do all sorts of nice things, such as cook him a meal or dress up all sexy or even pour his coffee? Yeah, that. Did you feel subjugated when you were acting that way? No. You felt happy. Your heart was open and full.

Then somewhere along the way, things changed and you just stopped. You stopped being nice.

I know, I know: the kids came along and life happened. I get it. So maybe dressing up all sexy and making candlelight dinners are unrealistic when there are kids in your midst. But that’s not the only way to be nice.

All it means to be nice to your husband is to consider his needs instead of just considering your own. It means listening to him when he talks, without interrupting, or doing nice things for him just for instance, or even having sex with him whether you’re in the mood or not.

Being nice has a remarkable effect because men literally feed off feminine energy—it's like fuel to them. When the tank is full, he's full. When it's empty, he's empty. And he won't be the man you need him to be. Click To Tweet

Let’s be honest. The real reason you’re not nice to your husband is because you’re mad at him. You’ve become resentful about what he does or he doesn’t do, or perhaps your life didn’t turn out the way you planned and you blame him. Maybe you compare him to other husbands. (Side note: this is a marriage killer.)

To put an end to it all, you could go to counseling and dissect all the reasons you’re pissed off. You could beg and plead for your husband to change into the man you want him to be. You could even file for divorce.

Or you can swallow your pride and just be nice.

Forget whatever it is you’re mad about and do nothing else but be nice for the next two weeks. (Experts say it takes two weeks for any change to happen.) I promise: you will single-handedly turn your marriage around. That’s how profound it is to be nice is to a man. But you can’t fudge it. You have to follow through, otherwise it won’t work.

For the record, I know why you’re mad. You want your husband to follow through with what he says he’s going to do. You want him to pay more attention to you. You wish he would go to the gym. Maybe you wish he made more money. Let’s face it: there’s a lot you want.

Guess what your husband wants from you?

And here’s another secret: you might be surprised at how those things you wish he were he all of-the-sudden became. Just because you stopped being mad and started being nice.

Why Full-Time Breadwinning Makes Most Married Mothers Miserable
Next Post:Ep. 104: The Dead Bedroom Fix: A Conversation with “Dad Starting Over”
%d bloggers like this: