If Your Career Is Your Life, You May Want to Rethink Your Life 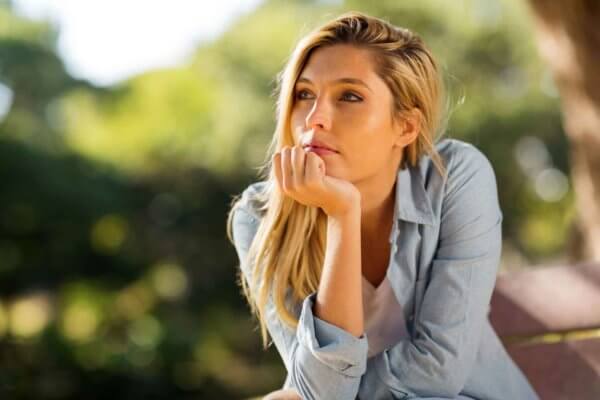 In her 2000 book Ten Things I Wished I’d Known—Before I Went Out into the Real World, Maria Shriver wrote the following: “Even though you think your career is your life and your identity, it’s not and it shouldn’t be.”

I used that citation in the first book I ever wrote to drive home the point that putting career before family is a mistake.

I grew up with a mother who tried to combine a career as a stockbroker with raising babies at a time when few women did so. She ultimately quit to stay home with my sister and me—and unlike so many women of the modern generation who were taught to make a career the center of their lives, I got a different message.

“The needs of children are endless,” my mother would say. “You cannot do everything all at once.”

She was right, of course. But what my mother didn’t experience in her day was the double whammy modern women do. Not only is it just as impossible today to “have it all” simultaneously, we no longer value marriage and family at all.

That wasn’t the case in my mother’s day when family was first on everyone’s list—women’s and men’s. Indeed, most folks back then settled down in their twenties. My mother was 34 when she married, and her decision to quit her job in her forties to stay home with us was not viewed as a subversive act. Today it would be, which is one of the reasons many women who want to stay home don’t.

Yes, there’s the money factor. But when we truly want something, we find options. Problem is, many refuse to entertain those options—or to even examine how they ended up in the boat they’re in in the first place so they can set about rerouting the boat.

This is true of both women and men. There are many men who are passionate about professions that aren’t particularly lucrative. Ergo, if they want to have a family, they too will feel compelled to choose a different career path—one that can comfortably feed a family. There are also men who work around the clock at big jobs in order to provide their wife and children with a nice lifestyle but who, as a result, forgo having any semblance of what the rest of us might call a life.

Still, it is women who get hammered with the message that a career should be first in their lives.

“I went to an all-girls high school,” writes one woman in this video earlier this year about motherhood and careers. “Massive pressure to perform. We had to get top grades so we could get into a good university and have a good career and, as they say, “be set for life.”

I remember distinctively being told by multiple teachers and mentors that having kids would hurt my career. Don’t you want to travel? See the world? Buy a house? Family was not even in the picture.”

As a result of this pernicious message, women—and by default, men—ignore their desire for love and family. Before you know it, everyone’s putting love on the back burner.

Alexandra Solomon, a psychologist who teaches a course at Northwestern University called Marriage 101, says her students have absorbed the idea that love is secondary to academic and professional success.

“Over and over,” she writes, “my undergraduates tell me they try hard not to fall in love during college, imagining that would mess up their plans.”

This approach to life and love is completely backwards. Life’s deepest meaning isn’t found in our accomplishments but in our relationships at home. A happy marriage and home life (for those who want it) is the single greatest investment you’ll ever make. It literally affects everything else you do.

Countless women have learned this the hard way. They put their career first and foremost and as a result are still single, or they’re divorced or unhappily married. Or their kids are a mess. Or they forgot to even have kids and are mired in regret.

Don’t let this be your fate.

Stop placing so much stock in the pursuit of a career. Instead, put love and family at the center of your life. Most careers are all-consuming and will take over your life until you don’t have a life left to live. Find work you enjoy, or think you’ll enjoy (it will likely change down the line), and make it part of your life rather than your entire life.

Pay attention to what you want and need in a life partner. The stability, companionship, and intimacy of marriage will allow you and your life to flourish. No one ever talks about marriage in a positive light because as an institution, it’s dying. But why should you go down with the ship?

Whom we marry, and how that marriage fares, has the single greatest effect on our happiness and well-being than anything else we do.

Have you created a life that reflects this?

Previous Post:Ep. 100: Suzanne answers listener emails
Next Post:Ep. 101: Get Off the Achievement Bandwagon and Become Who You Were Meant to Be: Nancy Paradis
Loading Comments...