7 Reasons Why I’m Not a Feminist

Over the years I’ve spoken out against feminism, I’ve had to explain ad nauseam that feminism is not what it claims to be. I’ve said from the beginning that its ultimate goal is the destruction of the family. Or more specifically, the destruction of motherhood. Here’s a perfect example. I’m in the middle of reading a memoir called At Home in the World, by Joyce Maynard, who coincidentally came of age in the heyday of feminism. In one of the letters Maynard wrote in the 1960s to the writer J.D. 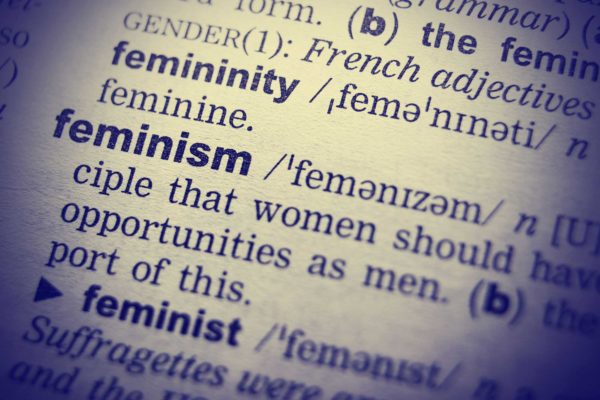 Over the years I’ve spoken out against feminism, I’ve had to explain ad nauseam that feminism is not what it claims to be. I’ve said from the beginning that its ultimate goal is the destruction of the family. Or more specifically, the destruction of motherhood.

Here’s a perfect example. I’m in the middle of reading a memoir called At Home in the World, by Joyce Maynard, who coincidentally came of age in the heyday of feminism.

In one of the letters Maynard wrote in the 1960s to the writer J.D. Salinger, with whom she was in a relationship, she says she has just had an encounter with “a group of feminists who tear into me for a statement I make that I would like to get married and have babies someday. Don’t I know a woman sets the cause of women back every time she makes a statement like that?”

This is a fantastic anecdote that proves feminism was never about equal opportunities for women. Its undercurrent runs much deeper.

Simply put, feminism teaches that biology is bogus and that the only way to be worthy is to earn a paycheck. It teaches that women are victims of men and should thus be their competitors rather than their lovers. It teaches women—still, to this day—that wanting to get married and have babies is a “quaint” but limiting thing to do. Who the hell would want to get married with that narrative floating around?

Fortunately for me, I was never one to follow the crowd. Here are 7 reasons why I’m not a feminist—and why I hope you aren’t either:

In fact, I find men remarkably easy to be with compared to women. With men, what you see is what you get. I like that. And no, I’m not saying this because I’ve never had a bad experience with a man. I have. But I didn’t hold it against half the human race.

My father was an extremely good and loyal man. He was old school (born in 1922), so he was a hands-off type dad and never told me he loved me until he was on his deathbed—and only by my prompting. Still, I never once doubted my father’s love for me, despite his formal nature. That’s just the way things were then. He was still steady as a rock.

3. My mother wasn’t a feminist, and she was as strong and independent as they come.

My mother received a master’s degree from Radcliffe College in 1952 and was brave enough to enter the male-dominated world of stock traders at Merrill Lynch. When she faced sexism, she didn’t whine about it or give up; she went to work at another investment bank, where the men were happy to have her. Lesson learned: smart women forge ahead in the face of adversity— they don’t stop to complain about being mistreated. As my mother always told me, “There will always be people who want to drag you down. Don’t let them.”

4. I don’t assume that the way things were in the past was a result of rampant sexism.

It’s true women didn’t run companies in the past the way they do today, but this wasn’t because men and society were holding women down. There were sound reasons why things functioned the way they did in the past. Until technology and the mechanization of housework came on the scene, just getting through the day for a woman meant barely leaving one’s kitchen. The birth control pill was another obvious factor. Americans love to associate “the Pill” with feminism; but it, along with machines of convenience, was invented before the 1960s—by men. It was the contributions of men that gave women the time to work outside the home in record numbers. Indeed, women should be thanking “the men who came before us”—not feminists.

6. I have the utmost respect for motherhood and all that goes into that extraordinarily difficult yet rewarding task.

As a result, I’ve never once asked a new mother, or even an older one, “What do you do?” If you have children at home, I KNOW what you do.

7. I never expected to have it all.

I knew early on that nothing mattered more, to me anyway, than having a happy home. So every decision I made along the way, since I was 18 years old—from whom I married, to where I’d live, to which career I’d pursue—was made with that in mind. The secret to the ‘having it all’ conversation is the ability to look forward, into the future. If you know you want children, you should know in advance they will change the entire course of your life. It comes down to priorities, and to planning your life around motherhood rather trying to squeeze motherhood into an already full life. If you do the former, you’ll be much happier.