Feminists Want to Save Men and Boys From Themselves 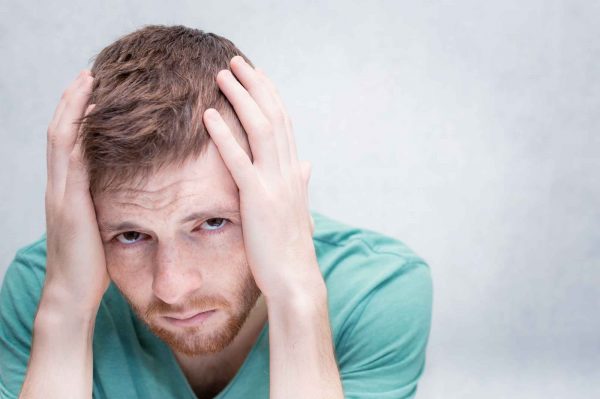 A new book, For the Love of Men: A New Vision of Mindful Masculinity, begins like this: “There is no greater threat to humankind than our current definitions of masculinity.” [Note use of the word “humankind,” rather than “mankind.” That’s the first indication you’re about to read something steeped in ideology rather than in fact.]

Touted in the media by Thrive Global, Glamour, and other predictable places, it is authored by self-proclaimed feminist Liz Plank. The book is marketed to “women looking to guide the men in their lives and men who want to do better and just don’t know how.”

Can you imagine if the sexes in that sentence were reversed? For “men looking to guide the women in their lives and for women who want to do better and just don’t know how.”

Would never happen. But it gets a pass when it’s directed at men.

Unsurprisingly, Plank uses the new guidelines put forth earlier this year by the American Psychological Association that warn of the so-called dangers of traditional masculinity as the foundation for her book. This is unfortunate for Plank, since the APA’s guidelines have been brilliantly debunked by some of the best free-thinking scholars.

A feminist telling men how to be men is like a drunk telling a pilot how to land a plane. The premise of Plank’s book is that there’s no such thing as male traits. The thoughts and behaviors of men are not innate, she insists. They’re learned. She claims:

It starts when we equate emotion with weakness and direct boys to display strength no matter what. It shows up in the way we expect and encourage girls to show their true emotions while we demand that boys hide them from us. It reveals itself in the way we’re more comfortable with the image of a boy playing with a toy gun rather than a boy playing with a toy doll, because we’re more comfortable seeing a boy hold something that kills rather than something that cries.

Perhaps Plank imagines herself a maverick, but she’s making the same tired argument feminists have been making for decades: gender is a social construct. That too has been widely debunked, such as here, here, and a thousand other places.

I’m tempted to defend Plank on grounds of ignorance. At 32, she has clearly absorbed the feminist propaganda with which she’s been raised. More importantly, she does not have children, yet she claims to know precisely what boys need.

Plank’s misguided assessment of how parents raise their kids reminds me of a story Steven Rhoads wrote in his book, Taking Sex Differences Seriously, about one of the mothers he interviewed who described her “Herculean effort to bring up a peaceable male three-year-old in left-leaning Berkeley.”

At home, the only television this mother’s son watched was Sesame Street. There were no toy guns in his home or in the homes of his closest friends. The local toy store didn’t even carry toy guns. Nevertheless, the boy seemed to be obsessed with guns. He quickly learned that tinker toys make wonderful guns, and one of his male friends found that even waffles could be used to shoot his dad at breakfast.

That is the nature of man. Boys, as a rule, don’t sit still and absorb (that’s why they’re doing so poorly in schools, particularly those without recess, while their female counterparts are doing just fine). They act. Boys like to build things, make things, and even kill things.

This is not 100% true for every boy or man, but it is true for most. That Plank’s “research” for her book is predicated on a visit to Washington Square Park in Manhattan where she interviewed what appears to be mostly gay men doesn’t change this fact.

The part Plank does get right is her recognition that men and boys are struggling and are in need of help. But the idea that feminists can help them is comical. Feminists are the cause of the predicament boys and men face, as they’ve successfully sold the false narrative that men are, and always have been, women’s greatest enemies.

“Women have been hurt and harmed by men for centuries,” writes Plank.

The relentless drumbeat of “men bad, women good” has wreaked havoc on men, on women, on families, and on society. The idea that the very people who caused the damage can also be the cure is madness.

Can anyone say Stockholm syndrome?

Previous Post:Ep. 11: If You Want Him to ‘Be a Man,’ Learn How to Be a Woman : Andre Paradis
Next Post:Ep. 12: Kids’ Needs Come Before Adult Desires: Katy Faust
Loading Comments...