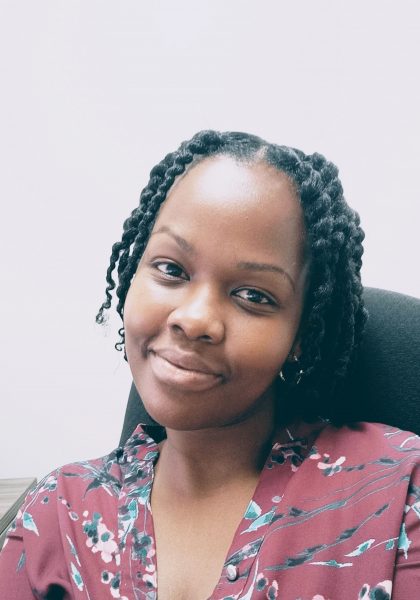 I just wanted to thank you for the work that you do. Here is a little testimony on why I’m glad I found your content:

I was born and raised in an African country. I had a good childhood and moved to the West when I was about 9 years old. I was raised by a single mother due to my father passing when I was 1 year old.

Although I did not have a father, I had an amazing grandfather and six wonderful uncles. I had great examples of men and women working well together in marriage and raising healthy families.

My mother, my siblings and I, alone. She was ‘the man and the woman’ of the household in the sense that she took care of everything. She never remarried and never brought another man home. That was 20+ years ago.

One can think that my mother, being single almost all her life (except the three years she was married before my father passed), and taking care of children alone, would have raised me ‘not to need a man’ and be ‘a boss babe’ and masculine.

Quite the contrary. My mother is very feminine, respects men, and raised me to value myself as a woman, and value men as men. She always insisted on me knowing the value of sex and marriage, of taking care of a home, of raising children.

In our traditional culture, women are VERY feminine. I now realized I always grew up around all my aunts (my uncles’ wives) being modest, beautiful, feminine, strong, attractive, valuable women. I was always fascinated by them as they had somewhat of an aura I could not understand at that time. They took care of themselves, their homes, their family. There were magnetic.

Fast forward to my moving to Canada. Things were a bit different.  It was around 1998. As I was growing up, I quickly became aware that the way women were portrayed to me over there was different than here. As I became a high schooler, my friends were obsessed with boys and casual sex. They wanted to do whatever the boys were doing. They took pride in not being ‘girly’, as that was deemed weak and shallow.

Fast forward again to my college years. I started hearing feminist speeches among my peers, and even though the tag sounded positive and encouraging for women, something did not feel right to me. They were not interested in children nor marriage. They wanted to be boss babes, independent women. They had something to prove.

Actually, a couple of things never felt right to me:

1. Wanting to be the same as men in the workforce
2. Boasting on being sexually ‘liberated’
3. Abandoning everything feminine about them
4. Belittling men
5. Having disdain for the housewife role
6. Putting marriage and family in second or third place after career and social life.

That discomfort lasted up until this year when I started consuming your material. I realized what I felt was normal and that my desires were normal and natural. I realized that it was because I am wired as a woman that I could not identify with this feminist culture, even if the name is misleading.

I have been married for some time now and have young children. I’ve somehow come back to my basics and decided to live my life as my womanly, feminine self. Partly because I could not refrain from it anymore, partly because your content validated my thoughts. I have decided to embrace my differences from men and take pride in my role in society. I have put away the shame and hesitation that I felt to show up as I viewed myself, and in exchange have fearlessly tapped into it.

Funny enough, and I measure my words when I say this, my entire life is so much easier. My relationship with my husband improved dramatically. I am now invested in building healthy, balanced kids. I am OK with being ‘girly’ or feminine. I take sex seriously and consider it sacred.

I’m also way more powerful like this than I ever was trying to run from it. It’s funny how many good things you attract as a woman when you are womanly versus when you are trying to be a man in all aspects of your life!

All that to say this: Your content greatly helped me, and I am now sharing it with as many women as I think who I feel might need it. Thank you for helping this grown woman find and connect with the little African girl inside that she had lost. 😊

Previous Post:Ep. 108: How to Be Classy: “Classically Abby”
Next Post:Will dating “down” become the new normal for women?