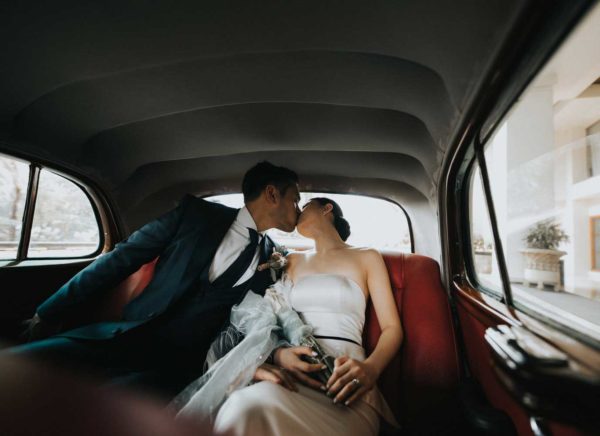 Have you ever made your husband a sandwich? If so, you should be ashamed of yourself. Don’t you realize such behavior sets women back decades?

That’s the message of a new article in The Daily Telegraph, entitled “When making a sandwich is a crime against feminism,” about an Australian woman named Maddie who asked a Facebook group of 26,186 mothers whether anyone had some yummy alternatives for her husband’s lunches, which she said she makes for him every day.

Now that’s what anyone I know would call a nice wife.

But that’s not what Maddie was called on Facebook. Instead, she was told she was nothing but a “slave” and a “1950s housewife.” She was also “weird,” as no woman in her right mind would do something so demeaning as to make her husband lunch.

Here’s just a sampling of some of the responses Maddie got:

The idea that a wife would, or God forbid, should, do anything for her husband with no expectation for anything in return—just to be nice, because, as Maddie put it, she “loves her man” and they “can’t afford to eat out”— makes her weak. Honestly, is it really any wonder why the relationship between the sexes is such a mess today? Or why, as Bloomberg published just last week, married Americans are unhappier than ever?

In my opinion, it is largely because there are so many women in America today who, either knowingly or unknowingly, have a feminist mind. Feminists teach women, above all else, to stand up for themselves against the evil men of the world. Even harmless husbands fall into the category of ‘evil men’ since they supposedly long to lord over their wives. Thus, the knee-jerk reaction to the suggestion that a wife might serve her husband in some way—make him a drink or a meal—is to become defensive.

The feminist worldview is antithetical to love because its focus is solely on women: their needs, their wants, their desires, and their rights. Love can’t possibly be sustained with an attitude like that.

Of course, there are men who support feminists. My friend Helen Smith, Ph.D., refers to these type of men as “Uncle Tims” in her book Men on Strike. An Uncle Tim is a male sellout who kowtows to feminists because he’s (a) just as left-wing as they are and thus agrees with the feminist worldview, or (b) too weak to stand up for himself and knows that if he says anything he’s not suppose to, he won’t get sex.

The men who do have been feminized and are proud of not being “the man of the house.” They see that as backwards and take pride in their progressive, non manly ways. Of course, don’t expect an Uncle Tim to kill the intruder in the house on his wife’s behalf—he’s given up the role of provider and protector. He and his wife are equals!

Unfortunately, the Uncle Tims are often the ones who lose in the end because all too often feminist wives regret their choice to make their marriages androgynous—and the men who give up their manhood, because they thought that’s what women and society wanted—are left in the dust.

To improve the state of marriage in this country, what we need are fewer feminists and fewer Uncle Tims. We need real men who aren’t afraid to stand up to feminist gobbledygook. A fantastic example is Chad Prather, aka Political Cowboy—who, not coincidentally, is from Texas. Check out his very funny (and very true) video on gender INequality!

And I’d bet my life savings his wife isn’t a feminist.