Will dating “down” become the new normal for women? 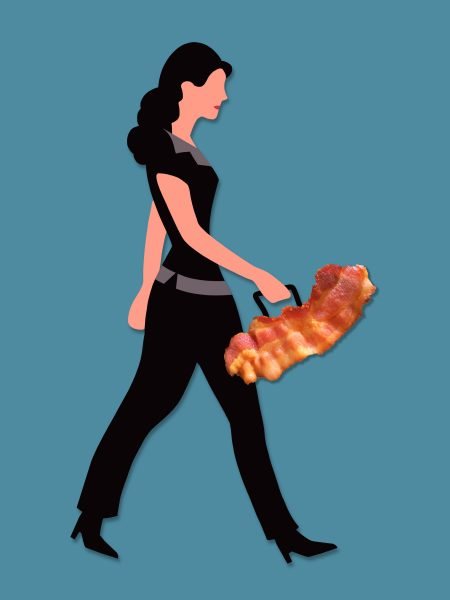 NOTE: The title of this post is clickbait because I believe it’s critical for people to read. Someone who earns less than someone else or who doesn’t have a college degree is not “below” anyone. He or she simply took a different path, often a better one. Just wanted to make that clear first.

By now it’s no secret that America’s plummeting marriage rate has everything to do with the dearth of eligible bachelors. That is, men who have stable jobs and good incomes.

Men today comprise only two out of five college students, and the men who do enroll are less likely than women to graduate. Women now dominate today’s college campuses, which presents an imbalance that affects the future of marriage since women prefer to marry men of similar or higher status.

Sexual marketability is not a fair game. Men go for looks; women, for security. And there’s a perfectly good reason for the latter: Women need to feel safe and secure because they are the sex that gets pregnant. When this happens, a woman becomes vulnerable and in need of protection.

No, there won’t be bears outside her door ready to pounce on her young. But her world will turn upside down and inside out—and her priorities will change dramatically. That college degree she earned will pale in comparison to this new accomplishment. For most women, the desire to care for her baby is fierce. Money is the last thing on her mind.

But it’s first on Dad’s mind. See the problem?

Women in the U.S. currently comprise more than half of the U.S. workforce—often, though not exclusively, because they have the higher degrees. This translates to another seismic shift in America: a growing share of women who are now their families’ sole or primary breadwinners. They are out-educating, out-earning, and out-performing men.

In other words, women are moving through the world as though they’re no different from men and getting burned down the line when they realize they were wrong to do so. Not only is it significantly harder to find a suitable husband in one’s thirties, becoming a “breadwinner mom” of young kids is no walk in the park. In fact, it sucks.

To hear the media tell it, you’d think men are the ones who have trouble with the fact that so many women now out-earn their man—what with men’s fragile egos and all.

In fact it is women, much more so than men, who resent this imbalance.

That’s because when women become breadwinners in addition to mothers, they become frustrated, tired, and angry—and this frustration permeates their households. It just isn’t natural for women to provide for themselves and their families while they simultaneously nurture their babies. Such a life would make anyone nuts.

But to acknowledge this fact is to also acknowledge that women collectively screwed up. No, not by getting educated and becoming financially independent. By ignoring the fact that women have babies, and men do not.

Americans know intuitively that this changes everything. Four years ago Pew Research published this finding: “Americans see men as the financial providers, even as women’s contributions grow.” Seventy-one percent of all Americans, women and men, say a man’s earnings are “very important” for him to be a good husband. Seventy-one percent.

A mere 25% said the same about women.

That’s where the rubber meets the road. Right there. Because the declining marriage rate has less to do with economics (the supposed sole culprit) and everything to do with biology. Indeed, there’s growing evidence that hypergamy—a woman’s desire to marry across and up the dominance hierarchy—is so deeply rooted that women will choose to raise children alone rather than to marry “down.”

So what’s the answer? It is not being either a “strong and independent” woman who doesn’t need a man or being “barefoot and pregnant” with no agency of one’s own. This has been the running narrative for decades, but it’s a fictional choice.

Well, technically there’s a fourth: Women can choose get comfortable marrying men who don’t have college degrees or who earn less than they do. A select few make this work, but it’s a hard road for most: Divorce rates are substantially higher among couples in which the wife out-earns the husband. As a marriage and relationship coach, I can vouch for this: Almost all my clients are struggling in their marriages for exactly this reason.

The third option is likely more appealing—and perfectly do-able: Women can adopt a brand new view of men and marriage, as well as what it means to be a woman, and make all other life choices accordingly.

Below are some fresh thoughts to get you on your way:

Gia’s Story: “I’m Finally Free to Be Feminine”
Next Post:Ep. 109: The Plight of the Modern Woman
Loading Comments...