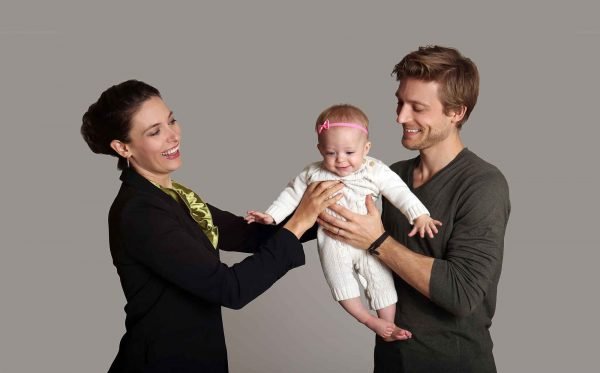 I received an email recently from a wife and mother named Aimee, who has a Ph.D. and was, until recently, her family’s primary breadwinner.

When she was laid off, things turned ugly.

“I became resentful because my husband didn’t have the same drive and motivation I did to succeed. As such, I’m now separated with two children; but I know if my ex-husband was on a trajectory toward success rather than taking the path of least resistance we could possibly be married still.”

Aimee’s story reminded me of yet another woman I know—let’s call her Kim—who married a man I’ll call Dan. Kim is a highly ambitious, take-charge woman; Dan is not. At the time of their wedding, Dan still hadn’t found his calling. He had some college under his belt but hadn’t graduated. Kim, meanwhile, was working on her Master’s degree and had her life all planned out. Dan worked odd jobs to make money but continued to flounder.

Their marriage ended less than three years after it began.

The stories above highlight an all-too-common relationship scenario today: one in which the woman, not the man, is the achiever. If current trends continue, as they’re predicted to do, more couples than ever will be in this boat. And for most of them, this arrangement will not end well.

There was a time (not that long ago) when few women would entertain the thought of marrying a man who lacked career aspirations. But things have changed. Today, women make their own money. Ergo, the idea that a woman would  assess a man’s financial prospects seems unnecessary, and a little, well, archaic.

But it isn’t; it’s just common sense. Because in the vast majority of these cases, these same ambitious women will drop out of the workforce or cut back considerably when they have children. In fact, part-time work or no work at all is the ideal choice for most married women with children. On average, 72%.

Problem is, as a culture we encouraged women to be obsessively focused on their careers—so much so that many men now hitch themselves to ambitious women, going so far as to follow their girlfriend’s career trajectory.

No one told these couples what would likely happen down the road once they had kids. Instead, they got the message that this new relationship dynamic has no implications at all. But it does.

1. The vast majority of women prefer to work part-time or not at all when they have children.

If a wife is unable to do this because she and her husband made financial plans on the assumption she’d always be employed, she will become frustrated with, and resentful toward, her husband. And when resentment creeps into a marriage, that’s usually the beginning of the end.

2. A husband’s lack of steady employment increases his chance of divorce.

In a study published in the American Sociological Review, Harvard sociologist Alexandra Achen Killewald found that a husband’s breadwinning mattered a great deal. If he was employed full time, there was a 2.5% chance of splitting up in the next year. But if he wasn’t, there was a 3.3 percent chance.

3. Husbands who are financially dependent on their wives are significantly more likely to cheat.

This study, also by the American Sociological Review, found that men who are 100% economically dependent on their spouses “were most at risk for cheating, three times more at risk than women married to male breadwinners,” writes Kelly Wallace of CNN.

4. Men who do a lot of housewife-type tasks are less likely to have sex.

5. When Dad stays home, the breadwinning wife often becomes jealous of her husband’s close relationship with the kids.

It sounds counterintuitive—you’d think a wife would be thrilled to have a husband who stays home with the kids or whose job is more flexible and thus allows him to take on more child care at home—but breadwinning wives tend to feel insecure about their relationship with their children. If the husband takes on the lion’s share at home, it is he to whom the kids will turn. And this can become yet another source of resentment.

6. Breadwinning wives have high expectations for how things should be done at home.

Most husbands will not take care of the house and kids in the same way most wives do. Women tend to have expectations for how they think life at home should be, so when the husband doesn’t do things accordingly, the assumption is that he isn’t doing enough. In reality, he’s probably just not doing it her way. Either which way, conflict ensues.

To be clear, I’m not arguing for strict gender roles in a marriage—there’s almost always an overlap. Nor am I saying a full-on gender role reversal can never work. But the effort that must go into it is huge. And those who do make it work are the exception, not the rule.

In other words: don’t bank on it. Instead, assume that when the kids come husbands and wives will react according to male and female nature. And plan accordingly.

Do you keep yourself busy on purpose?
Next Post:Are you a feminist and don’t know it?
(The short answer: probably.)