The Lies Millennial Women Were Fed 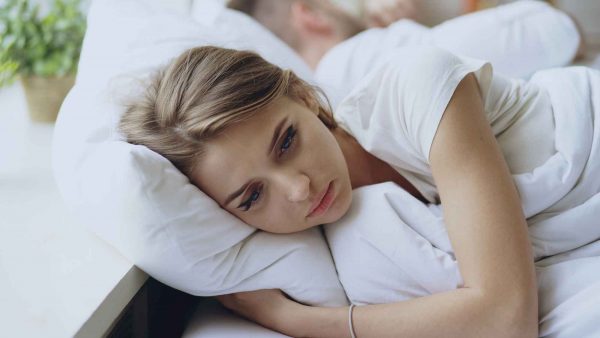 It’s bad enough when Hollywood glorifies divorce, but it’s even worse when it’s promoted by everyday wives as liberation for American women.

A recent article in Glamour shines the light not on one woman’s story but on an ethos among the modern generation. Simply put, many millennials have been raised to believe that the institution of marriage is oppressive to women and that when things go wrong, it’s the fault of men. Never are women themselves expected to look inward to see where they may be going wrong. Never.

In the article, entitled “It Took Divorce to Make My Marriage Equal,” author Lyz Lenz writes that she divorced her husband due to the uneven distribution of childcare between the two of them. (Side note: If this is considered an acceptable reason for divorce—falling under the nebulous heading “irreconcilable differences”—we as a nation are doomed.) Lenz is a writer and was at one point dealing with two book deals at once, along with the incredibly demanding task of caring for two toddlers. As a result, her life imploded.

It speaks volumes that it didn’t occur to Lenz that her expectations for such a life—that she should be able to successfully balance all of that on her plate if she only had the right man at her side—were untenable, not to mention unfair to everyone involved.

Apparently no one told Lenz—so she could prepare, both mentally and logistically—that post-kid life bears no resemblance to pre-kid life. Not only do babies and toddlers need a parent’s undivided attention, whatever sense of equality Lenz felt with her husband went out the window when the kids came along—and for good reason: because the presence of children highlights deep sexual differences between the sexes, such as the fact that men aren’t as invested as women are in the details at home.

“I feel like if I’m home,” writes Jenny Naglieri, another millennial in the same boat as Lenz, “I would still make it a priority in between the work I’m doing to put away dishes, or tidy up, or quickly throw in a load of laundry. It would be in my line of vision, and I wouldn’t be able to let it go. Whereas it doesn’t often occur to Anthony.”

Unfortunately for them, the parents of Lenz’s (and Naglieri’s) generation have spent decades downplaying, dismissing, or outright rejecting the innate difference between women and men, insisting instead that whatever differences we see are a result of a social construct that can be simply be reconstructed. Raised to pay homage to the concept of equality, or sexual sameness, Lenz became walloped with the reality that the sexes are very different indeed. Rather than accept this fact and work within its parameters (or better yet, use it to her advantage!), she blames men and society for her frustrations.

“In America,” writes Lenz, “in heterosexual relationships, women do three times as much work as their male counterparts. It’s true that modern men are doing more than they once did, but their efforts do not come close to evening the scales. When they do chip in, they expect not just credit, but lavish praise. And though they have increased their share of household chores, they report doing more than they actually do.”

Each week I coach millennial wives who were raised with the same feminist script Lenz describes, and it has devastated their love lives. These women have no idea how to make marriage work. By the time they call me, they’re desperate—ready to give up as Lenz did. The difference is, these women are ready to accept that what they were told about men, marriage and even motherhood was all wrong. And as products of divorce, they want to get it right for their kids’ sake.

I sometimes want to throttle these women for the erroneous things they believe—about men and women being “equal,” about going into debt for school and delaying marriage until the last possible moment being a good plan, about marital monies being kept separate, about children being “resilient” as long as Mom is happy—but then I remind myself it isn’t their fault. This is what they were taught. I can see it in their eyes that they literally didn’t know that what they thought was right is in fact all wrong.

Ms. Lenz’s story in Glamour is a first-hand account of what happens to a woman’s life when you have nonsensical expectations of men and marriage. Reading it, you’re left with a vision of a woman who’s trying to hold the waves back from hitting the shore. Like so many women of her generation, Lenz wants to be able to do everything she desires all at one time and have it all fall into place. She wants there to be no differences between the sexes so that Mom and Dad become virtually indistinguishable. She doesn’t really want a husband at all. Despite being heterosexual, what Lenz wants is a wife.

“What would it take to make a marriage finally equal? I was never going to find equality through marriage therapy—which, naturally, I had to set up and set reminders for appointments for—or through constant negotiating over chores. It was never going to be achieved by nannies—which we couldn’t afford—or house cleaners (which we could but barely).”

“But I found a way,” she adds. “I burnt it all down and started over again.”

Ms. Lenz may have burned it all down, but she certainly hasn’t “started over.” She has merely traded one problem for a boatload of new ones, and they’ve only just begun. That’s another lie her generation was fed: that divorce can clear away the past and make room for a new life—boom, just like that. When children are present, that is never the case. You take your former life with you everywhere you go.

Sadly, Lenz will learn this the hard way. Let’s hope Generation Z won’t have to.