What If We’re All Wrong About Men? 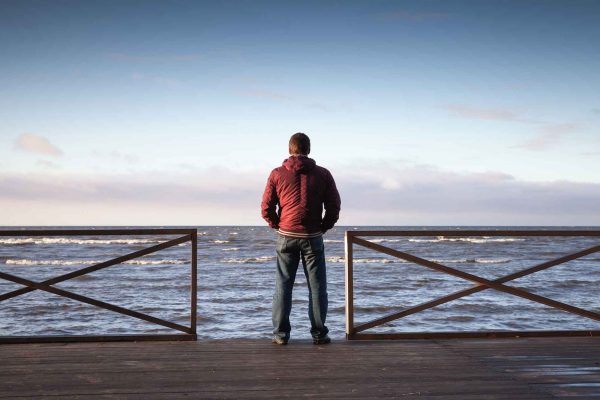 Almost exactly seven years ago, I wrote an article headlined “The War on Men” that went viral. The best feedback came not from the legions of angry feminists whose emails flooded my inbox, but from clinical psychiatrist Paul Dobransky, M.D., who wrote a response piece in Psychology Today.

“Men know women are powerful, and we don’t mind that one bit. It empowers us that you’re empowered,” he wrote. “Unless, that is, you disempower us in order to feel empowered.”

That’s precisely what I tried to get across in my article when I wrote of women knocking men down off their pedestals.

“In a nutshell, women are angry. They’re also defensive, though often unknowingly. That’s because they’ve been raised to think of men as the enemy. Armed with this new attitude, women pushed men off their pedestal (women had their own pedestal, but feminists convinced them otherwise) and climbed up to take what they were taught to believe was rightfully theirs.”

It was my way of saying that women have emasculated men and that this approach to getting what women want (power) doesn’t work.

“It is precisely this dynamic — women good/men bad — that has destroyed the relationship between the sexes.”

None of it was necessary. Men and women only win when both sexes are equally empowered. By bringing men down, men and women become embroiled in a tug-of-war (such as here and here and here). This war exists because women don’t “get” men.

The idea that men are oppressors of women is the lie of the century. Far from being the enemy, all men want is for women to be happy. That’s why they typically go along with the standards women set in sex, in marriage, and in work-family matters.

The reason the relationship between the sexes went south is because feminists sold a false narrative about men and masculinity that can be easy to believe for any woman who’s been wronged by a man. Reducing male power is the only way these women have to deal with their hurt, disappointment, and frustration.

They’ve never seen what’s possible between a man and a woman when each embraces his or her respective power. A man who’s grounded in his masculine core is a boon to women who allow it to flourish, and a woman who embraces her feminine power emboldens her man to empower her.

Sadly, women have been told just the opposite. They’ve been groomed to view men as competitors who want to hold women down and back, which causes women to see oppression where none exists. And here’s the kicker: This attitude and behavior on the part of women disempowers women as well as men — because when a man is emasculated, he responds in a way that is opposite of his true nature. He stops treating women with the respect he otherwise would. He stops doing what men naturally do well: provide and protect.

With a new year almost upon us, it’s time for women to adopt an accurate view of male nature. Stop pointing to bad apples to make sweeping assumptions about men. For every one bad guy, there are a thousand good guys. Those are some pretty great odds.

If you want those men as partners, start assuming the best. Don’t reduce male power under the guise you will somehow win. It isn’t a contest. But as long as you harbor faulty beliefs about the nature of men, it will certainly feel like one.

How and Why to Make Having a Family Your #1 Priority
Next Post:Ep. 23: The Art of Loving a Man:
Alison Armstrong
Loading Comments...