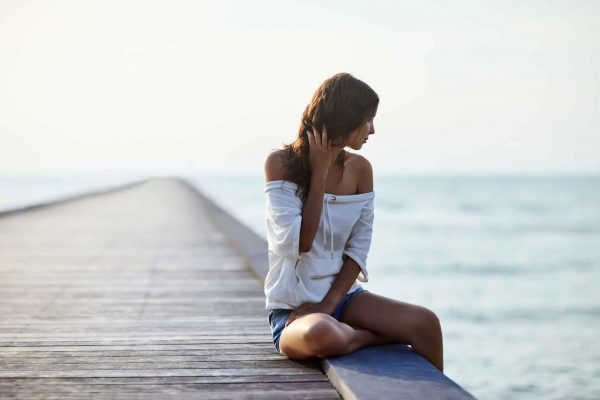 A similar version of this article was published at Washington Examiner.

“We’ve created a culture based on lies. Here are some of them: Career success is fulfilling; I can make myself happy; Life is an individual journey; You have to find your own truth; and Rich and successful people are worth more than poorer and less successful people.”

Those are the powerful words of New York Times columnist David Brooks, who wrote an op-ed earlier this year entitled “Five Lies Our Culture Tells” to promote his new book, The Second Mountain.

Brooks’ core argument is that America has “overdone” it with the concept of hyper-independence. The only way forward to a meaningful life, he writes, is to focus on our relationships.

Brooks’ message couldn’t have come at a better time. Not only are millennials plagued by loneliness and depression, women across four generations are unhappier than ever. And much of their misery is due to the lies our culture tells.

What Brooks doesn’t do is point the finger at who, specifically, is doing this lying — and why. He points to an attitudinal shift in the 1960s when Americans were encouraged to live for the “self.” It was a reasonable reaction, he adds, to the stifling nature of the 1950s. But then something happened.

“By conceiving of ourselves mostly as autonomous selves, we’ve torn our society to shreds.”

Indeed we have. But just to be clear: It was women, specifically, who were groomed to shift their values away from marriage and family and onto the self. Men just followed suit. What choice did they have?

To wit, according to the study above 49% of women admit work-life balance is a myth. Women today feel “more stressed, tired, overwhelmed, anxious and burned out across every aspect of their lives than in the past — and significantly more so than their male counterparts.”

Funny, this data is eerily similar to a 2009 study from the National Bureau of Economic Research that found women have become unhappier than men in the post-feminist era.

“In the 1960s,” writes Ross Douthat in “Liberated and Unhappy,” “American women reported themselves happier, on average, than did men. Today, that gender gap has reversed. Male happiness has inched up, and female happiness has dropped.”

This phenomenon is a direct result of the lies women were fed about what constitutes a happy life. They were told, repeatedly, that in order for a woman to be truly happy and fulfilled, she should follow the male script by delaying marriage and making career the center of her life (and in the meantime, enjoy “free” sex.)

In other words, feminists want women to want what feminists want—and women tried. They really did. Now their lives are falling apart.

The only path forward is, as Brooks suggests, to dump the “individualist” worldview and to return to our relational roots. Women have the power to thwart their own unhappiness by shifting their priorities entirely. Put love and relationships first—focus like a laser beam on finding a man with whom to share your life—and fit everything else in around that.

The single greatest investment any of us make—women and men—has zero to do with money or career. The real secret to success is choosing the right person to marry. Who you marry, and how that marriage fares, will literally determine the entire direction of your life.

In light of this fact, you’d think parents, schools and society would teach young people how to get this part of their lives right. But they don’t. Young people—young women, in particular—are taught that not only should career should come first but that professional success will be fulfilling.

But money and status mean absolutely nothing if you go to bed alone at nigh, or if you bungle your relationships with your kids in the meantime.

Bottom line: Don’t fall for the culture’s lies. Instead, do the opposite of everything the culture tells you to do, and you’ll be well on your way to a happy life.

Previous Post:Ep. 17: Why Trying to Be Happy Will Make You Unhappy: Emily Esfahani Smith
Next Post:Ep. 18: Suzanne’s Interview with Dennis Prager
Loading Comments...