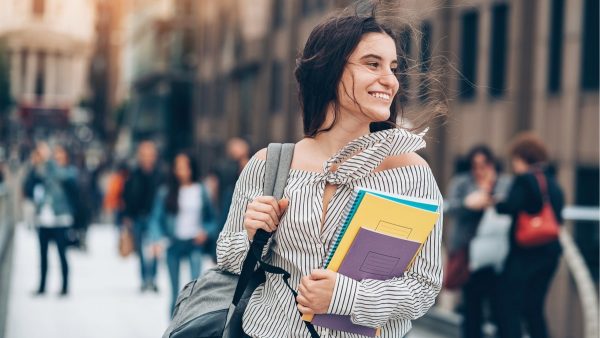 In the last week alone, I’ve spoken with three millennial women (who reached out for coaching) who are all in the same boat: they’re up to their eyeballs in debt, having gotten degree upon degree due to the pressure they felt from their parents and the culture to do something big with their lives. To not let their intellect go to waste. To not worry about finding a man to marry or even having children because, well, they have bigger fish to fry.

These women aren’t just in debt—they’re crestfallen. All they want is to have a family of their own, but they’ve been so conditioned to believe marriage and motherhood constitutes a lesser life they don’t dare admit this desire. I can’t tell you the number of single women who tell me they’d give up their career in a hot second for a husband and kids.

And it’s not just unmarried women. Many of the wives and mothers I hear from are working at professions they don’t care much about and want more time at home to be with their kids and to live a slower paced life. Problem is, they married men who lack ambition (either that, or they had it but took a step back to accommodate their wives’ ambition) and as a result the women became their family’s main breadwinner. And it’s a role most of them they hate.

Their predicament was inevitable. For one thing, modern women weren’t taught to look for a man who can provide for a wife and kids. Women are supposed to take care of themselves! That’s the narrative with which these women were raised, so it never occurred to them to look at a man’s professional prospects.

Second, by delaying marriage indefinitely these women wound up fewer choices. Good men of strong character, who are conscientious and gainfully employed, tend to marry younger, family oriented women. These women may or may not have a college degree and/or a career, but they nevertheless view work as a secondary value to their main priority: marriage and family.

Ergo, by the time the career focused women are around 30 years of age, the pickings are slim. They can look for a man who’s as ambitious as they, and occasionally they will find him—but sheer math means many will not. So they settle on the best they can get: men who are nice and who are safe but who lack the necessary drive to produce on behalf of their families.

And we can’t dismiss the reason why so many modern men lack drive: because they’ve failed to launch. What did we think would happen in a culture that hails women’s ambition and independence from men and tells men, both verbally and subliminally, that they’re superfluous?

It’s the culture, along with the previous generation of parents, who created this mess. They instilled all the wrong messages and all the wrong values in the modern generation. As a result, women and men are paying the price.

Still, I have hopes for the women of Generation Z. I think they’re witnessing all of this; and while this group has problems of their own—anxiety, mainly—I don’t believe they’ll end up in the same boat as their millennial sisters. I think they will marry earlier, and they will prioritize motherhood. A career will likely be part of their lives, but it will not be the focus of their lives. It will not be their raison d’être.

That’s the crux of the problem for the women who reach out to me: they were taught that their value lies in what they do, rather than in who they are—that if they don’t live lives the way men live theirs, they are failures. And it’s tearing them up inside. One woman broke down after admitting she has spent a decade getting two degrees she doesn’t even want.

This is madness. Going into debt to prove one’s worth and struggling to do what previous generations used to do with ease—find a man and settle down—is hardly progress. There’s nothing empowering about any of this. College women, take heed: Do not let this be your fate! Prioritize marriage and family. Make it the center of your life, and fit everything else in around that.

No offense, but I’d love to not hear from you ten years down the line.

Previous Post: « Ep. 54: Why Happiness Eludes the Modern Woman:
Danielle Crittenden
Next Post: Living on one income, or on one-and-a-half-incomes, is like losing weight: You just have to focus