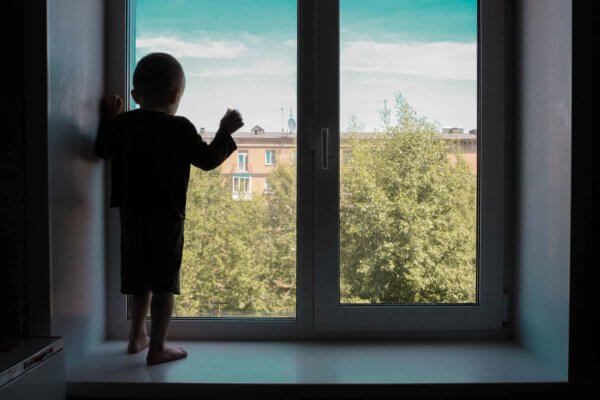 Last week I was inundated with emails from people who stumbled upon an article I wrote for Fox News back in February 2018 about the Parkland school shooting (which I presume was resurrected due the more recent mass shootings), in which I point to fatherlessness as a major source of boys’ pain.

Many of the emails were from single mothers who, understandably, felt defensive—so much so they resorted to calling me racist. Because, well, everything’s about race these days.

But one of the emails was thoughtful and calm, and it highlighted an obvious and just as important consequence of father absence.

I was a single mom for 5 years. So when the father is missing from these boys’ lives, so is the mother. Someone has to go out and provide, often working 2 or 3 jobs while the child stays in daycare or with a babysitter. With Mom being so tired when she gets home, she goes to bed. What the mass shooters did is wrong, but they probably never had anyone nurture them or love them. So really, when the provider is gone so is the mother—the nurturing one. It’s a sad epidemic.

She’s right: Divorce doesn’t just lead to father absence but to mother absence as well. Not in quite the same way—most children of divorce live with their mothers.

But those mothers aren’t home. They’re at work.

The end result is the same for children whose parents are married but who both work full-time and year-round. These families function similarly to single parent families: in both instances, Mom and Dad are gone.

Even when the parents are home, they’re so drained of energy they have little left to give. That’s why no one’s in the kitchen anymore—it’s too much work to cook. The result? Childhood obesity has soared.

But children’s physical health is only half the equation. The other half is their mental health, which has never been more precarious. Is there anyone out there who honestly believes parental absence and disconnection are unrelated to the meteoric rise in mental health problems among our youth?

According to MARRIpedia, an online social science encyclopedia that translates the work of myriad social scientists, “The early experience of intense maternal affection is the basis for the development of a conscience and moral compassion for others. Children whose mothers are distant emotionally or physically tend to have behavior problems and are more likely to commit crimes.”

Even if you were to reject the data and point to technology as the reason for mental health issues in our youth, follow that argument to its end: Yes, media and the Internet have a huge influence. But guess why kids have access to it?

Because no one’s home. Or when parents are home, they’re too tired to do anything about it.

Parental absence and disconnection—whether a result of divorce or of both parents working full time and year round—begins soon after birth, when babies are placed in the care of hired help for most of their waking hours.

Fast forward ten or fifteen or twenty-five years, and they’re still struggling—because their needs have never been met.

No one knows this better than psychoanalyst Erica Komisar, author of Being There: Why Prioritizing Motherhood in the First Three Years Matters.

“Parents come to my practice regularly to discuss symptoms their children exhibit due to their families having busier and more distracted lives, premature separation (children being placed in day care as early as 6 weeks old), and their parents’ lack of interest in nurturing…I have come to understand the connection between [depression, anxiety and addictions in older children and young adults] and the emotional and physical absence of young children’s mothers in their day-to-day lives.” writes Komisar in “Biden Was Right About Day Care.”

It’s not just enough for parents to be physically available either; they need to be engaged when they’re home. They need to be sensitive to children’s needs and not dismiss them because they have other things to do. And that isn’t happening.

When children withdraw or lash out, or when they acquire mental health issues, the proper response is to connect the dots. Parental absence and disconnection is rampant in America. The family unit has collapsed.

Did we honestly believe it would have no impact?