Should I Marry Or Break Up With My College Boyfriend? 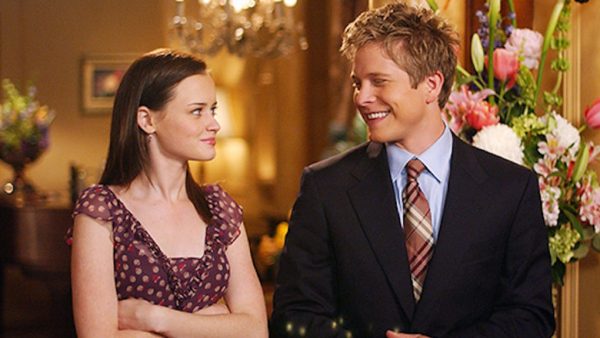 This article was originally published at Evie Magazine.

When I was 23, I married my college sweetheart. We’d been together since freshman year, although he was two years older than I was and as a result had been out in the real world for two years before I graduated. But he was only three hours away by car, and our relationship would last another three years before we eventually got married.

Fours year later, we were divorced.

You might assume that since that was my story I’d warn against anyone else doing the same. That is not my position, nor do I think it’s fair. He and I were not a match for many different reasons, which I won’t get into here. But I do have a strong opinion about something else.

You’ve all heard, or perhaps even believe, common cultural narratives such as these: “Twenty-three is too young to get married” or “Don’t be in such a  rush!” or “Go out and see the world!” The one directed to women is especially popular: “It’s important to establish your identity and your career first before tethering yourself to a man.”

I hate all of these directives. I wouldn’t mind the one about taking your time and dating around before settling down, but that plan has its flaws too. Dating these days, if you can even call it that, almost always includes sex, and often even living with one’s significant other. That means people bring a helluva lot emotional baggage to the person they ultimately do marry.

Women also waste a lot of ideal procreation time, only to find themselves stuck at age 30 with baby fever and few marriageable men in sight. Or, they marry whomever they happen to be seeing at the time so they don’t miss out on having a family of their own. Many of my coaching clients can attest to this.

I’m not suggesting that every college couple in a serious relationship should get married. But I am saying that finding one’s person in college is not the bad idea the culture suggests. It can work out very well if you’re smart about it.

I’ll tell you exactly what I’ve told my daughter, who’ll be a senior in college next year and who’s in love with a great guy: Test the relationship in the real world first.

Sorry, College Students, but college is fairy tale land. That doesn’t mean your relationship isn’t real, but it does mean it hasn’t been tested in any significant way. It’s best to give it a couple of years after college before making this major life decision.

This is a very real quandary for couples on campus. Despite the current hookup scene in our nation’s universities—a massive problem in its own right—there are still couples who get stuck senior year when it comes time to graduate. Who should follow whom? they wonder.

That was the subject of the last episode of the long-running series, Gilmore Girls. Rory and her college boyfriend Logan were both the same age, and the producers closed the series with a focus on whether or not Rory and Logan should “factor each other in” when deciding how to move forward after graduation.

Well, first of all, Yes! Of course they should factor each other in. What’s the alternative? To just say “See ya!” for no real reason after being attached at the hip for several years? But the who should follow whom dilemma is a legit question.

For college couples in the past, the answer was a no-brainer: It was understood the woman would follow the man because it was assumed marriage and kids weren’t far behind. Today the assumption is that of course a woman shouldn’t follow her man because what about her career? That was the message of Gilmore Girls’ last episode: Logan asks Rory to marry him on graduation day, and she turns him down. Young women aren’t supposed to prioritize love over career.

But as the author of five books on the ways in which our culture undermines love and family, and as a marriage and relationship coach, I can assure you this new narrative has failed spectacularly. Ironically, it failed with Rory and Logan, too. In the Gilmore Girls follow-up episode several years later, we meet Rory and Logan once again, and their story captures perfectly what happens when women choose not to marry their college sweetheart solely because they want to put their careers first.

Rory’s decision sets off a chain of events, whereupon she winds up moving in and out of hookups and quasi-committed relationships for years as she pursues a big career. Some ten or fifteen years later, she meets up with Logan and starts a relationship once again—despite the fact that he’s living with another woman—and Rory winds up pregnant. Uh, now what? And that was the end of Gilmore Girls.

A bit extreme perhaps, but not really. We have in America an epidemic of women who were, like Rory, groomed to prioritize career over love and family and wind up in one of three predicaments:

The reason women in the past felt they had to choose between marriage and career was because getting married meant having a gaggle of kids whether a woman wanted them or not. It would change the entire course of their future. But that is no longer the case.

Getting married doesn’t preclude a woman from pursuing a career if that is what she wants to do. She can wait a few years to have children if she wants— I have a friend who married at 22 and waited nine years!—or she can have kids while she’s young and pursue a career later. But neither one is an option if you don’t find your person first.

All of which is to say this: Don’t not get married to someone you love and with whom you share values and with whom you are eminently compatible for any of the reasons the culture suggests: to “find yourself,” to “date around and see what else is out there,” or to “pursue your career” at all costs.

No one ever adds that last part—at all costs—but it is almost always the result for women. Men have options—as they can (and usually do) marry “down.” If that feels unfair, I won’t argue with you. But neither one of us can do a thing about it.

The only caveat I will offer to happy couples in college is to give your relationship a go in the real world for a few years before making a decision about marriage. (But don’t live together! That will keep you from making a healthy, objective decision. Plus it ruins the fun of getting engaged.) There will be a more natural break later, outside of college, if you determine you’re not a match.

But if you determine you are a match at that point, you should be good to go.