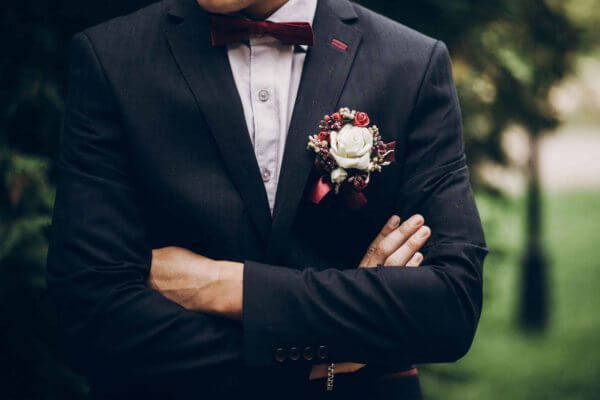 Millions of single women in America today cannot for the life of them find a “suitable” husband.

That’s according to a new study from researchers at Cornell University, who examined data on actual recent marriages and found women’s ideal husband has an average income about 58% higher than the actual unmarried men currently available to single women. These optimal husbands were also 30% more likely to be employed than real single men and 19% more likely to have a college degree.

In other words, American men are no longer educated enough or rich enough to be suitable for marriage.

This is exactly what we should have expected to happen. For the past forty years, women have been demanding their relationships with men be free of traditional sex roles. Women said they can do everything themselves and “don’t need a man.” They wanted to lead and to be their own heroes. In exchange, they wanted men to be more like women: soft and nurturing and flexible.

Men listened and responded accordingly. They took a step back to accommodate women’s demands and as a result are no longer providers and protectors. They did exactly what women asked of them.

If traditional sex roles were truly passé, as the culture has insisted for years, women would have no problem finding a husband. If it didn’t matter which sex is richer or more educated, women would be perfectly happy in the provider role and would marry any one of the countless men of lesser status who are clearly and readily available.

But they aren’t doing that. And many of the women who are doing it are miserable.

Every week I hear from breadwinning wives and mothers who are exhausted, stressed out and resentful about having to earn an income while at the same time be a mother. I also hear from strong, successful single women who for the life of them can’t find a husband.

It would appear we changed the rules, and the new rules don’t work.

That’s because we ignored the reality of male and female nature. Men are literally made to provide, and women are made to nurture. Both are in our DNA and become glaringly obvious once it’s time to settle down with a family. Trying to yank these characteristics out of us is an exercise in futility.

To wit, according to a 2018 Global Family and Gender Survey, three-in-ten married mothers prefer full-time work. Three-in-ten. Most women, in other words, don’t want to be their family’s provider. Indeed, between 1970 and today—despite how the media make it appear—wives’ earnings have only increased by roughly ten percent. 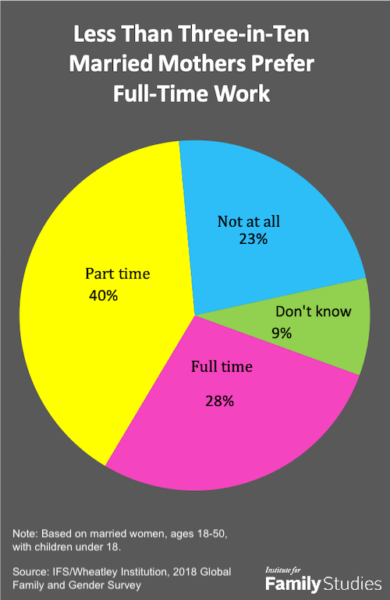 Which means, I’m afraid, that American women are overeducating and overworking themselves prior to marriage for a life the majority of them don’t ultimately want.

So what’s the answer?

Stop encouraging women to value education and career above all else, as though their identity can be found in the marketplace. A man’s identity is, typically, wrapped up in his job—for good reason. That is his main contribution to family life. Not the only one, but to him it’s the most important.

A woman’s identity is, typically, wrapped up in her relationships at home. That is what pulls at her. It is what matters most and why she ultimately does want and need to depend on a man. Why, then, do we not prepare women for this inevitability?

Ladies, stop mapping out your lives the way men map out theirs as if your body doesn’t have an agenda of its own. And stop telling men you don’t need them to provide.