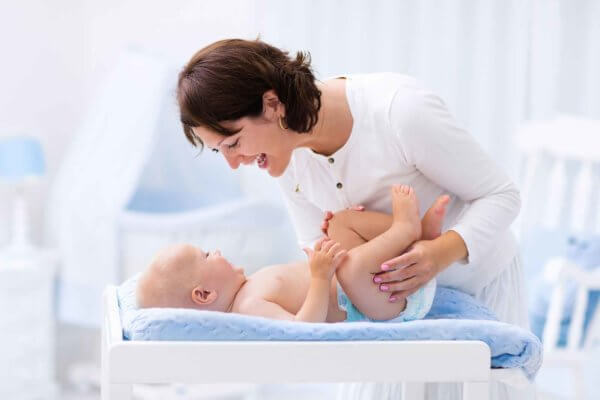 A new paper published at the National Bureau of Economic Research found that California’s 2004 paid-leave law, which provides an extra six weeks of paid leave at 55% of one’s pay, didn’t do what it was supposed to do: get mothers back to work.

“The authors find scant evidence that the policy increased employment,” writes Robert VerBuggen at the Institute for Family Studies. “Further, while many hoped that paid leave would help mothers stay with their current employers instead of finding new jobs when they returned to the workforce, this behavior didn’t increase, either. Some mothers apparently transitioned to more flexible work arrangements or cut back their hours.”

At some point one has to feel bad for gender equality advocates. No matter how many books they publish, or organizations they start, or policies they enact, they just can’t get women to do what they want women to do. California’s Paid Family Leave Act ended up reducing employment by 7 percent and lowering annual wages by 8 percent six to ten years after giving birth!

What’s conveniently left out of articles and discussions about paid leave, or even the gender pay gap, is what happens behind the scenes when a new mother holds her baby for the first time. No one wants to talk about it, yet that’s where we find the answer to why the pay gap persists and why all the paid leave in the world won’t matter.

Women simply change when they give birth. They don't care about work the way they did before. Click To Tweet

The first indication that life feels different is about two-thirds of the way through pregnancy, when a woman experiences the exhilaration of feeling her baby move inside her. Several months later, that baby will be placed upon her chest after hours of agony. It is then that life outside of caring for this new life becomes utterly meaningless.

In the ensuing months, that baby will change by the week. The thought of not being there to witness these changes is torturous. If a new mother does return to work, she can’t focus the way she did before. Her mind is now distracted. She is pulled in two directions, and one direction always wins.

All of this is surprising to women, since they’ve been told their entire lives that motherhood will restrict them, not liberate them. No one told them how vastly their values and priorities will change. No one told them they’d want to be with their babies.

As a result, women begin to shift their focus away from work and become laser-focused on what’s happening at home. Because home is no longer an empty box with barren kitchens that await a take-home meal. With a new baby—and then two, or maybe three—the house becomes a home. It offers new possibilities and new responsibilities. It provides women with a whole new identity, one they can’t pry themselves away from for long.

And so, women begin to make new plans. They either don’t return to work, or they do but much later, long after their paid leave ends. Or they find an entirely new position that demands less of them. But if and when they do return, they bear no resemblance to the person they were before.

That’s why California’s Paid Family Leave Act didn’t work. And any other state that adopts a similar policy will end up with the same result.

Previous Post: « Ep. 19: What the Hell Happened to Women and Men?: Andre Paradis
Next Post: Ep. 20: The Future Is Female AND Male: Lisa Britton »
Loading Comments...