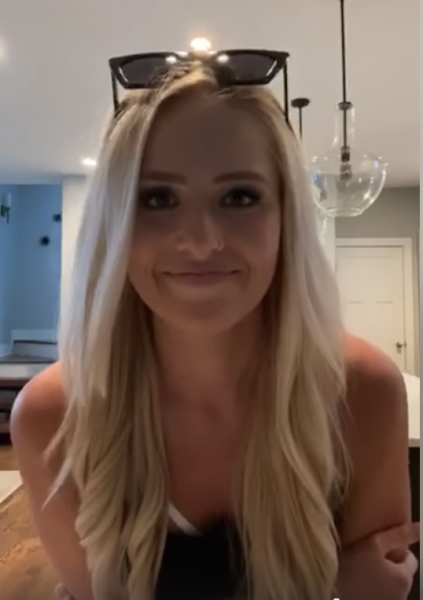 Last week, Fox Nation’s Tomi Lahren proved in spades with her “PSA for Boyish Men” why my coaching business is booming. Millennial women may be ’rockin in the marketplace, but they’re shooting blanks when it comes to love. They have no clue how to attract and to keep a good man—and blame men for their predicament.

As Lahren has now established, it doesn’t matter which side of the political fence women are on. It doesn’t even matter if they’re religious. The modern generation of women is completely out of touch when it comes to the opposite sex. They know next to nothing about men.

In her Facebook screed, Ms. Lahren rails against today’s men, who she claims are “trash,” and then proceeds to offer said men advice on how to land “talented, skilled, ambitious women” like Lahren and her friends “who have something going on.”

She then contrasts women like herself with the “other” kind of women: those who are presumably less ambitious, and, according to Lahren, have nothing going on.

The latter group represents the women with whom Lahren and her friends must compete for good men, and Lahren wants men to know that a relationship with her kind is far more satisfying than it is with the other. Lahren is tired of being ghosted and tired of dealing with men who don’t measure up.

“All of my friends are attractive and successful. Almost every single one of them has an issue with men. If all of these women, including myself, are having issues, then I have to think, it might not be us. It might be you. It might be men.”

That’s certainly a convenient way to look at it. Here’s another: If you and your friends all have the same problem with men, there’s likely something about you and them that repels the kind of men for whom you’re looking. It takes a good dose of maturity to look at it this way, but the way forward is not to cast blame. The way forward is to look inward, to see what you might be doing wrong.

To be sure, I empathize with you. You’ve been raised in a culture steeped in female empowerment and relentless male bashing, which does not bode well for love. You say you’re not a feminist, but you’ve absorbed its tenets nonetheless.

“Don’t call us difficult because we’re not,” you said. “We work hard. We’re successful. We take care of ourselves. We try to look cute. That’s why we have the ability to be what you call ‘difficult’…We are not ‘not good enough.’ We are too enough, and you can’t handle it.”

You also implied that men should be honored to be in your presence, that if they can’t handle your high standards and expectations, well, then, sayonara. You’re apparently unaware of how vain, insecure, and, frankly, immature you appear to a grown man—the kind of man you say you want.

Bottom line: You and your contemporaries need to come down off that pedestal of yours, or you will wind up alone or with the kind of guy you say you don’t want. You attract low-quality men not because men are “trash,” as you stated, but because most men aren’t interested in women who think and act as you do.

What you do have to offer—and you market it well—is beauty. Unfortunately, you’re competing with women whose beauty matches yours but whose hearts and minds do not. You haughtily refer to these women as having “nothing going on,” but they in fact project something you don’t: softness, kindness, and femininity. They are women who need to don’t compete with men in order to prove their strength and power. They already know their value.

Healthy men just don’t respond to the masculine energy you bring to the table. That’s not how love works.

After you posted your PSA on your Facebook page, you got some blowback from men. And again, rather than turn inward to rethink your rant, you responded with this:

“It appears to me the “men” getting triggered by this video are likely not “men” at all. If you were, you’d know this doesn’t apply to you and you’d laugh at all the wussy boys that don’t know how to grow up and act right.”

Either that or they’re laughing at supercilious girls who don’t know how to grow up and act right. If the purpose of your PSA was to weed out the boys to make way for the men, I’m afraid you’ve failed.

No real man will show up now.

Previous Post:Ep.57: The Bill & Suzanne Hour: Dumb Ideas about Marriage People Think They Have to Follow
Next Post:How not to be afraid that your marriage is over when you and your spouse fight