“My generation is so wrecked.” 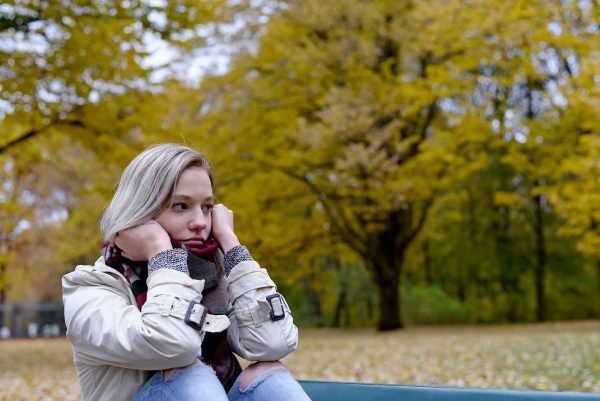 An entire generation of women is miserable, and no one’s paying attention.

Millennials are currently between the ages of 25 and 40 years old and are primarily the children of Baby Boomers, who ushered in an era of divorce. As a result, their mothers taught them to “never depend on a man” and to instead make the pursuit of success their primary life purpose.

Today I coach the women who were steered away from love and family toward a life that’s consumed by work. For most of them, their drive to achieve is not innate. On the contrary, it was drilled in to them that if they don’t make their mark on the world, if they don’t produce in some fantastical way, their lives will be subpar.

As a result, millennial women racked up debt up by staying in school too long or by attending universities they couldn’t afford—all in an effort to prove their self-worth. “That’s okay!” their parents (and the culture) told them. Soon you’ll be making the big bucks, and you can pay it off.

But that’s not what happened. Instead, these women are overworked, overtired, and just plain done. They’re either single or divorced, or they’re married and miserable because they have to work around the clock in jobs they hate to pay off the debt they were encouraged to accrue.

Still, at the heart of their unhappiness isn’t debt but disconnection. In working themselves to the bone to try and prove their value via the marketplace, love and family escape them.

Take Anna, 28, who’s a product of divorce and who has multiple advanced degrees. Anna has traveled extensively for her career and has moved in and out of several relationships—including living with two different men. Today her career has stalled due to COVID, which has forced her to re-evaluate her life.

I am so angry about so much. Then I’m afraid that letting go of that anger will make me vulnerable. If I don’t keep my guard up, I will be fooled, or worse. I fear that I may be too damaged for a healthy relationship. Affection is alien to me, but it’s like a drug. The minute I get even a little of it, I crave more—even when it comes from hurtful or unavailable men.

Unlike every generation that came before them, millennial women threw themselves into the professional sphere with a vengeance. As a result, they have no clue how to build a relationship that lasts. (Tomi Lahren’s recent PSA is a great example.) Many women even have sex like robots: going through the motions as if it doesn’t mean squat. As if sex were equivalent to taking a shower.

“We are stone cold women. We were taught that caring begets pain. I guess that’s why I’m so fucking neurotic,” Anna said.

“My generation is so wrecked,” she adds. “Everyone has one foot out the door. We have serious abandonment issues and feel a lot of shame.”

She’s right: Her generation is entirely incapable of being vulnerable. Despite wanting to, they can’t allow themselves to be “seen,” or to be transparent about who they are and what they feel. Instead they put up a forcefield.

The added pressure they feel to be “busy, busy, busy” simply adds fuel to the fire. Excessive busyness is an illusion to make people feel important. It doesn’t actually mean anything—it’s all for show. And social media offers the perfect platform for this facade.

Meanwhile, deep down, women are clamoring for a roadmap they don’t have. They want love. They want simplicity. They crave connection. But they have no idea how to get it.

Right now the political climate in America is shattered, but even it can’t hold a candle to the catastrophe of an entire generation of women and men being incapable of bonding to one another.

Fortunately, COVID-19 offers a remarkable opportunity for the modern generation to reevaluate everything they’ve learned since the day they were born. No amount of money or success can make up for a lonely love life. In the end, love and family are all that sustain us.

If a worldwide pandemic hasn’t proved this in spades, nothing will.

Suzanne is an author, columnist and relationship coach committed to helping women let go of cultural beliefs that undermine their happiness in life and in love.