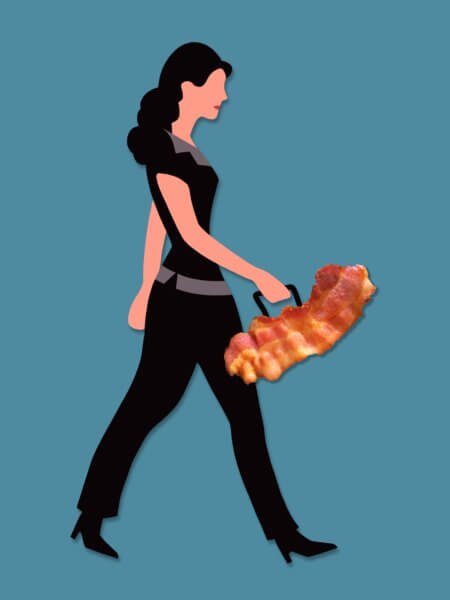 If I had a dime for every breadwinning wife and mother I’ve heard from who’s angry and resentful for having to keep the family afloat financially and who wishes she and her husband hadn’t reversed roles, I’d be rich.

Yes, some wives are content in this role. But they’re the exception, not the rule.

It is far more common for full-time female breadwinners, if they’re also wives and mothers, to be unhappy about carrying both ends of the load: the one at home and the one at work. In fact, when asked, most mothers—67%!—do not want to work full-time and year-round.

If you listen to the culture, you’ll hear plenty of tripe about men not keeping up with the changing times. Women are breadwinners now; therefore, men should do “their part” by taking on more responsibilities at home, including raising the children.

There are two problems with this assertion. One, men are already taking on a tremendous amount of responsibility at home—three times more, in fact, than their fathers did.

Two, most women don’t want a full-on role reversal any more than most men do. They’ve just been groomed to think they do.

These attitudes don’t exist because Americans are sexist. They exist because most people understand that men and women are different, both physically and emotionally—that because of that, allowances must be made.

Unlike the average man, the average woman’s identity isn’t inextricably linked to her ability to provide and protect. It’s linked to her desire to nest. Any gynecologist can tell you that most women, if they haven’t had children by their mid-thirties, become anxious. They cannot envision a life without children. No matter how committed they may be to their jobs, that desire is there. And when it’s met, the woman’s nurturing gene kicks in.

Providing for that child emotionally, not financially, is her first instinct.

So when wives and mothers try to take on the male role in addition to their own, they can (and often do) become resentful. Here’s the latest email I received from a woman who asked to remain anonymous:

I’m the sole breadwinner in the family, with a C-level job. My husband is a stay-at-home dad. We have a child entering kindergarten this year.

If I could have had it my way, I would have been the one that stayed at home, but my career trajectory was better and we made the decision to go this direction. At the end of the day, I’m grateful for high paying jobs that have been interesting and meaningful. And I’m grateful that our child had a loving and wonderful parent at home and didn’t need to go to daycare. It’s a true gift that not everyone gets.

But I won’t pretend that I don’t have phases of extreme resentment and anger towards my husband and my life. I sometimes feel like it’s unfair that I had to be the one who worked (even though I’ve done well and many people would like to have a job like mine). And it felt too hard “logistically” to have a second child, so I didn’t. It feels like this shouldn’t have happened this way. I should have been the one at home. I should have been able to have another child.

That my emailer is in this boat has everything to do with living in a culture that assumes a woman will and should be employed throughout her life in order to prove her value as a woman.

That is a recipe for disaster.

A better plan is to choose a career that has a lot of flexibility or that can be done on a part-time basis, thus allowing women to enjoy their nesting years. Because the bigger your job is, the more you’re going to struggle—with your marriage and with your kids. Guaranteed.

If the suggestion that women curb their work goals to accommodate family is offensive, ask yourself why. It’s likely you’ve placed too much value on work. It’s likely your identity is wrapped up in what you do rather than in who you are and in whom you love.

If you reverse those values and put family and relationships at the center, if you stop trying to prove your value in the same way men prove theirs, your load will lighten considerably. And you’ll be amazed at the results.

Most Healthy Marriages Have These 4 Things in Common
Next Post:How to Be Nice to Your Husband