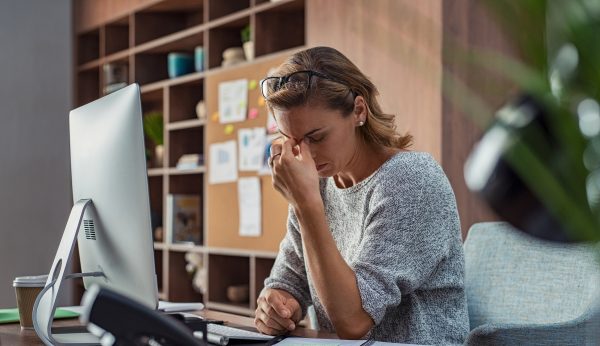 Last week, Gerard Baker, editor at large for The Wall Street Journal, committed the unpardonable sin of writing an uncomfortable truth: that women outpacing men in the educational sphere may have positive economic consequences, but it comes at a price.

“In the much larger game of life, love and relationships, the growing educational disparity between men and women is a problem.”

Baker received an onslaught of hate for this observation—which can only mean one thing. He’s right.

As women have become richer and richer, love has indeed become more and more elusive. Here’s just one example of an email I received recently:

I’d like to talk to you about my daughter who’s a high achiever. She’s a thirty-eight-year-old, well-educated (two Ivy League schools), creative, intelligent, sophisticated, loving, successful, attractive, with a model-like body, and surprisingly can’t find a desired partner. I must say she wasted many years on several senseless relationships. She is now extremely unhappy that she doesn’t have a partner and, most importantly, she wants to have children. She has consulted with a few relationship coaches, but she is still single. All of her friends are married with kids. I’m clueless why she can’t find her desired partner. Thank you in advance for your help.

My emailer’s daughter is not alone; I hear from or about women like her daily. And it isn’t just successful single women who struggle. Women who are the primary breadwinners in their families are notorious for having unstable marriages. Yes, there are exceptions to the rule—there always are. But according to the National Bureau of Economic Research, if a wife earns more than her husband, “the couple are 15% less likely to have a “very happy” marriage, 32% more likely to report marital troubles, and 46% more likely to report separating.”

There are several reasons why love becomes a struggle the more successful women become. One, the pursuit of a post-secondary education and career are all-consuming endeavors. Jumping in full throttle and making work the center of one’s life, as young women are encouraged to do, invariably means this group will be unable to take advantage of their greatest marital bargaining power.

When a woman is in her twenties, she has beauty and fertility on her side. By the time she hits her thirties, she has to compete with younger, more beautiful women. Not only are the pickings slim, a woman’s attractiveness peaks in her twenties. The same is true for men, except their power and status rises over time—which makes them more, not less, attractive to women.

That’s called hypergamy, and it’s alive and well, despite the fact that women today earn their own money. Turns out women’s newfound wealth hasn’t eliminated their desire for a man on whom they can depend. And therein lies the rub.

As men get older and richer, they become more eligible. We cannot say the same thing about women.

We often hear in the media that men are “threatened” by women who earn more than they do, but gender role reversal is far more nuanced. When a wife out-earns her husband, it’s not his ego—which suggests self-importance—that gets damaged but his sense of purpose. A man’s identity is inextricably linked to his job, or his ability to provide and protect.

“Men must evolve or go extinct. Women will simply have families excluding husbands or male partners because they are capable of taking care of themselves already. Enough sperm is banked for every woman on earth to have two kids for the next 100 years. You are now obsolete.”

And here’s the real irony: turns out women don’t like this reverse sexual dynamic any more than men do! Every fiber of a woman’s being calls out for a man with whom she can feel safe, and money is part of that equation. Should she want to stay home with a baby someday, she won’t have that option if she doesn’t marry a man who can carry the financial load, if only for a few years. That’s why a man’s education and work status matters so much in the mating dance.

But a woman’s socioeconomic status isn’t a selling point. In fact, it determines almost zero of her attractiveness. As Baker aptly notes, “Men are notoriously undiscriminating.” (Unfortunately, where he gets it wrong is his assessment that women are more “choosy” because they’re more “refined and sophisticated” than men are. One could just as easily note that women harbor unrealistic expectations.)

At the end of the day, super successful women are up against sheer math: there are no longer enough men in their same sociological status from which to choose. Which means the only options these women have are to hold out for an older and richer man (and deal with the considerable baggage he’s likely to have from a previous divorce or two) or to marry “down” and learn how to be content with a good man who’s less educated and/or less rich than they are.

Of course women can always remain single. Either which way, super successful women need to ask themselves this question: Which do I want more? Power in the world or power in bed?

Because few, if any, women have both.