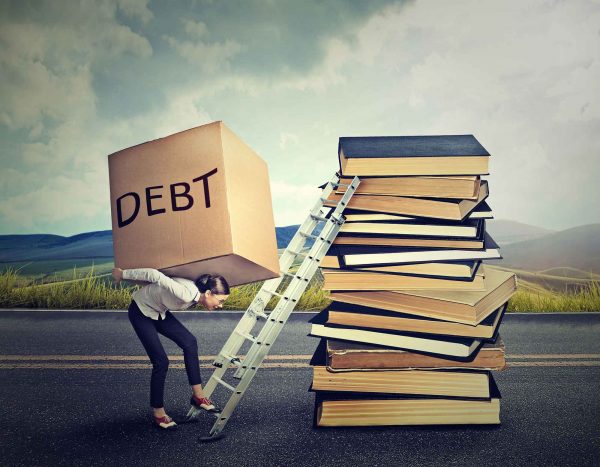 I’m at that parenting stage when our adult sons and daughters are knee deep in college, in jobs, and in relationships. As a result, I’m watching many of my friends’ kids, as well as my own, start planning for the future.

My husband and I have a son and a daughter. And unlike many modern parents, who feel pressure to pretend their sons and daughters are “equal,” as in the same, we acknowledge the sex differences between our kids and offer parental guidance accordingly.

When it comes to mapping out plans for the future, the most important difference is that women have babies, and men do not. And as such, young women have some major decisions to make early on—decisions young men don’t.

The most significant is whether to have children earlier or later in life. If you’re a woman who wants a big career and no kids, you have endless options. Seriously, the sky’s the limit. Have a field day.

But if you do want to get married and have a family, the conversation changes.

If you have kids earlier, you will make career sacrifices. But you’ll have more energy, fewer risks, and the ability to choose how many children you want. You’ll also have a boatload of options in the dating market, since marriage-minded men almost always choose young, fertile women.

If you have kids later, your career will take off. But you’ll make sacrifices of a different sort. For one thing, you’ll likely have more trouble getting pregnant—plus you’ll be limited on the number of children you can have. Two, you’ll have a much harder time finding a marriageable man. Three, unless you avoided debt and lived frugally before having kids, you’ll be spinning your wheels financially, having made money decisions early on that keep you from flipping your priorities down the line when you become a mother.

If you want to take care of your own babies, you won’t have the freedom to do so if you’re deeply in debt and your husband isn’t a gazillionaire. So many women today are stuck without this option, but it’s entirely avoidable with good planning. The trick is to assume that you will want to stay home for a period of time, not that you won’t. That way you have options.

I’m sorry your mothers and your mentors didn’t tell you any of this. I’m sorry they all told you the sky’s the limit, regardless of whether or not you want kids. That just isn’t true. There is no way for a woman to move through the world as though children don’t change everything. This is somewhat true for men as well, but they are not the sex that gets pregnant. Ergo, if they want to put off having a family without paying a price, they can do so. All they have to do is marry a younger woman.

You don’t have that option.

All of which is to say this: Stop wasting your twenties getting drunk and hooking up and/or living with a guy for whom the future is uncertain. Stop choosing careers that have no flexibility and will force you to choose between your kid and your career. Stop going into debt to get a degree that will prevent you from stepping out of the marketplace down the line. Stop marrying men who don’t provide.

Parents must stop raising their daughters by pretending they’re no different from their sons. If you’ve groomed your daughter to be a career woman (to be clear, the alternative message isn’t to have no career at all), she will be in for a rude awakening when she tries to juggle it with childrearing. Women carry the emotional brunt of parenthood, not because society thrusts it upon her but because that’s the way God (or nature, if you prefer) made them.

Knowing all of this in advance is critical to helping your daughter build a happy life.

To not tell her the truth, the whole truth, and nothing but the truth is to fail her.

Previous Post: « Ep. 80: The Top 5 Things Men Do Thinking It Makes Them Good Guys: Elliott Katz
Next Post: At the heart of a woman’s need to control is fear