“You got a degree for a reason!” 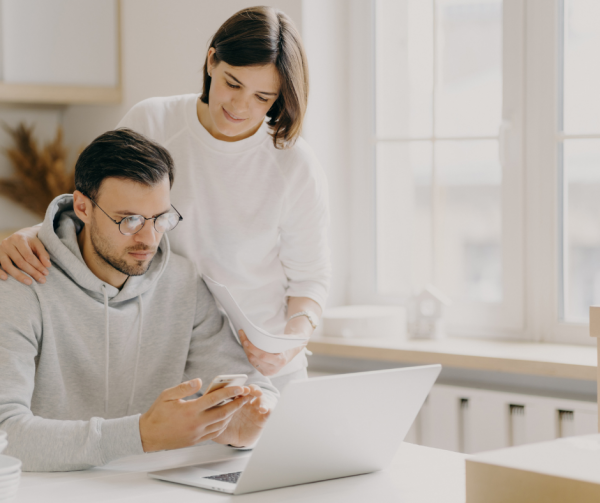 A young woman I know sent me a TikTok recently, one of those short POV clips, showing a stay-at-home mom explaining to her husband why she isn’t bringing in an income—despite having a Masters degree.

I’m hearing this same theme over and over again: Millennial and Gen Y wives having to justify to their husbands why they’re not working or why they don’t want to work post-baby.

This is what fifty years of feminism has done.

It should be patently obvious why a woman wants to raise the babies she brings in to the world: That’s how she’s supposed to feel! It’s called being normal.

She should not have to explain either her desire to do so or the value of her doing so.

Why wouldn’t men need an explanation?

I have a client right now in this exact boat. She left a very high-paying job to stay home with her one- and three-year old boys. Her husband is a high earner too, so there’s no issue there. But while he supports her choice to do so, he doesn’t have a clue what her days are like, nor does he understand the needs of children.

Why would he know this? Where would he have learned this information?

Most modern men and women are in the dark about children’s needs. They just have no idea goes on in the first three to five years of a child’s life and why it’s so crucial for Mom to be home. So of course the average husband wonders why his wife got a degree if she’s “not going to use it.” That’s exactly how I’d expect a man to react—it doesn’t seem logical.

Full disclosure: The women in my family all have higher degrees—my mother had an MBA and was a stockbroker—and still ultimately chose to stay home. Never once did I associate here value as a woman or as a mother as being inextricably linked to her ability to earn money. One simply had nothing to do with the other.

So if you’re a wife in the same position as my client or the woman on the TikTok clip, here are some things you can say when you explain to your husband why you want, or have decided, to stay home:

Finally, keep in mind that staying home is a temporary state. It’s a blip in a very long life, and there are countless ways to work from home or work part-time or move in and out of the workforce as the needs of children change.

The main thing husbands will want to know is, How are we going to afford it? This is where you’ll need to get creative and dive into the weeds of your budget.

It is reasonable for your husband to appear unsupportive if he was under the impression you weren’t going to stay home, and you both therefore made financial decisions that depended upon two incomes. If that happened, this was a mistake. But what’s done is done.

If there’s one thing COVID lockdown proved, it’s that people can live on far less than they think when they have to. Necessity is the mother of invention. So, really, this isn’t about money. It’s ultimately about what we value.

Here’s a quick way to make a decision: If you knew you were going to die tomorrow, would you do things differently?