Actually, you don’t need to divorce your husband this fall.
Here’s what you can do instead. 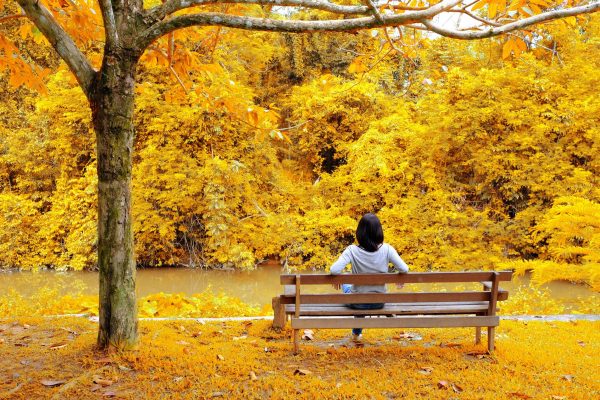 *This post is in response to last week’s article in the feminist publication Jezebel, entitled “Here Are Some Good Reasons to Divorce Your Husband This Fall.”*

Let’s begin with the first thought that popped into my head when I read the title: There would never in a million years be an article entitled “Here Are Some Good Reasons to Divorce Your Wife This Fall.”

Not only would a man never write such a thing (even if he thinks it), the standard cultural narrative when a marriage goes south is that it’s clearly the man’s fault—and that the road to liberation is divorce. That’s certainly the headline of every Hollywood divorce and the takeaway of untold stories in books, on television, and in film.

As a marriage and relationship coach, I can assure you that what’s all-too-often really going on when a modern marriage goes south is that women are operating with the wrong set of tools. Or in many cases, with no tools at all.

To be fair, I have a lot of sympathy for women, many of whom are products of divorce and have thus have no role models for marriage. Of course, the same is true of men, so in this regard both sexes are shooting blanks. But women have an additional hurdle in that they’ve absorbed, often unbeknownst to them, our culture’s deep resentment toward men and marriage.

Indeed, narratives like the one in Jezebel abound. The article focused on the ‘Covid divorce’—in New York and L.A., in particular, “post-lockdown divorces are allegedly creating an avalanche of work for attorneys”—and the reason for this, says Jezebel, is that husbands aren’t doing their part. The tagline of the article reads: “Fall’s hottest trend is getting rid of the man who thought he was really helping out around the house.”

The War on Childcare and Housework

It is undeniably true that women today are unhappier than ever. We learned this ten years ago, when economists Betsey Stevenson and Justin Wolfers found that in the 1970s, American women rated their overall life satisfaction higher than men—and that today, forty years after feminism promised to liberate women, the reverse is true. Women are miserable.

It doesn’t take a rocket science to understand why. Women today indeed carry a “dual burden”—on that feminists and I would agree—that women in the past did not: breadwinning in addition to mothering. And trying to do both simultaneously, without expecting it all not to come crashing down, is the equivalent of getting on a plane that has no wings and expecting it to get you to your destination.

Rather than direct their frustration toward this reality and come up with Plan B, women blame men (or even the institution of marriage) by harping on the “unfairness” of women having to do all the childcare and housework. This has been a running theme in the media post Covid, since so many parents are now working from home.

But it just isn’t true that men aren’t doing their part. Men, as a rule, have bent over backwards to accommodate the new world women have created. That’s the thing about men: They’re naturals at responding to whatever it is they believe makes women happy—even if it means doing the impossible.

Which it clearly is. Women can point all day long to “grotesque gender inequality in household work” being the reason women are divorcing their husbands in spades, but that’s really just an excuse to bail. The truth is, no household can function the way it’s designed to when everyone’s in overload.

The underlying problem, in other words, isn’t men or marriage. It’s women’s expectations of, and attitude toward, men and marriage.

When your mindset shifts, your marriage will too.

Here’s an alternative to divorce that will turn your relationship around overnight:

Ironically, number one was precisely Betsey Stevenson’s and Justin Wolfers’s solution to their own research:

“As women’s expectations move into alignment with their experiences, this decline in happiness may reverse.”

So that’s Step One: Accept that your expectations are out of whack. Successfully combining work and family requires sacrifice and compromise. The focus is always on men, but women play an equally significant role in that they want to be in charge of childcare and housework despite claiming they want their man involved.

Rarely does a husband do it “right,” or the way the wife wants it done. Ergo, much of the conflict surrounding housework and childcare revolves around this fact, not around this fictional idea that men come home and put their feet up after work.

Moreover, some careers simply work better with motherhood than others. Flexibility is key, as is part-time work. And jobs are underrated. It is significantly easier to work at a job than it is to take on a demanding career. Babies and careers just don’t mix. They never have. They never will.

Step Two is to learn Manspeak, which means to communicate in a manner that allows a man to do what comes naturally: make you happy. Men aren’t at all what you’ve been led to believe. Far from being oppressors, they will be your greatest champion and supporter if you know Manspeak—which essentially translates to respect, something that’s sorely missing in modern marriage.

If your man is not stepping up to the plate at home—and are you sure that’s the case?—it’s likely because he’s not motivated to do so. If you’re angry and resentful, if you nag and complain, if you’re resistant to sex or not at all affectionate, your man will shut down. This is especially true if he’s tried everything he knows how to do and can’t make you happy. Because at the end of the day, your happiness is what motivates him to action.

The words a woman speaks to a man—and just as important, the way she speaks them—will either breathe life into her marriage or destroy it. The energy a woman exudes is everything. Everything.

And let’s be real: The energy of any woman who takes on more than a human can handle, which is pretty much every woman these days, does not inspire a man to action. When a man is blamed or attacked by his woman, he will respond in a way that is opposite of his nature.

He will not be her champion or her supporter.

All of which is to say, before you file for divorce you should know there’s another option. The question is, will you choose it?

Suzanne Venker is an author, a certified relationship and life coach, and host of The Suzanne Venker Show. Her new book, How to Get Hitched (and Stay Hitched): A 12-Step Program for Marriage-Minded Women, is now available. Suzanne lives in the Midwest with her husband of 23 years. They are empty nesters.