In Defense of Sexist States 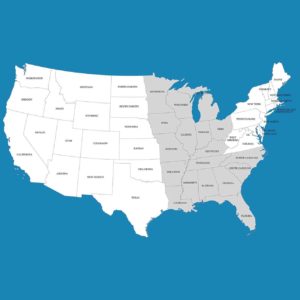 My daughter, who’s in college, plans on mapping out her life similar to the way I mapped out mine: by putting marriage and family at the forefront. She’s studying to become a teacher, and she’d like to marry earlier rather than later if she can swing it. Oh, and she wants four kids and plans to stay home with them until they’re all in school.

According to a new study published this week at the University of Chicago, and proudly promoted at The New York Times, my daughter has made these tentative plans as a result of her sexist upbringing.

In “The Effects of Sexism on American Women: The Role of Norms vs. Discrimination,” Kerwin Kofi Charles and his colleagues examine how the beliefs we acquire in our formative years shape life outcomes for women—such as how many children we have and how much money we make.

The authors claim that where we grow up determines our future earnings. Women in the south, for instance, are far less likely to make a lot of money than women on the West Coast—and that’s due to sexism, they say.

“The headline from the study is basically that sexism is in the water where you’re born, it’s in your blood. Obviously, where you’re born is not something you can control, so this is something you inherit that may determine part of the shape of your life, and that it’s very hard to permanently overcome,” New York Times reporter Jodi Kantor told “CBS This Morning.”

There’s no question that the life a woman (or a man) chooses for herself with respect to work and family is influenced by what she saw and learned growing up. But sexism isn’t at the root of it—family dynamics and values are.

If her parents’ marriage was a source of pain, or if she grew up with divorced parents or with a mother who worked full time, if she got the message from her mother or from society that women should “never depend on a man,” a woman will likely make work the focus of her life—and thus earn more money—than the woman who had a different experience growing up. A woman whose parents were happily married or who received positive messages about marriage and family is much more likely to make both a priority.

All parents pass on their values, whatever they may be, to their kids. Even if they don’t do it verbally, they do it via their actions. Kids know exactly what their parents value.

Where the authors of this study get it wrong is in their explanation for what constitutes sexism. As an example, when analyzing questions about the role of women in society, they concluded that if a woman agreed that women can’t effectively juggle career and family responsibilities she was “sexist.”

By that measurement, I’m guilty as charged.

Putting family first doesn’t mean a mother never works outside the home. But it does mean she tailors her career around the needs of her family and doesn’t view work as her raison d’etre. It does mean having a balanced life, one that incorporates a little bit of this and a little bit of that. And the research shows that’s what most women want.

The authors of this study want you to believe that women who live in southern and middle America are backwards, that we have yet to “catch up” to progressive thinking about women and their role in society. There may some folks in some states who are like that, but they are not the norm. Most Americans, be they women or men, are no less enlightened than those who live on the East or West coast. What makes them different is what they value.

If that makes us sexist, so be it.

What #Metoo Is Really About
Next Post:This Is the Most Important Takeaway from the Brett Kavanaugh Debacle