Living on one income, or on one-and-a-half-incomes, is like losing weight: You just have to focus 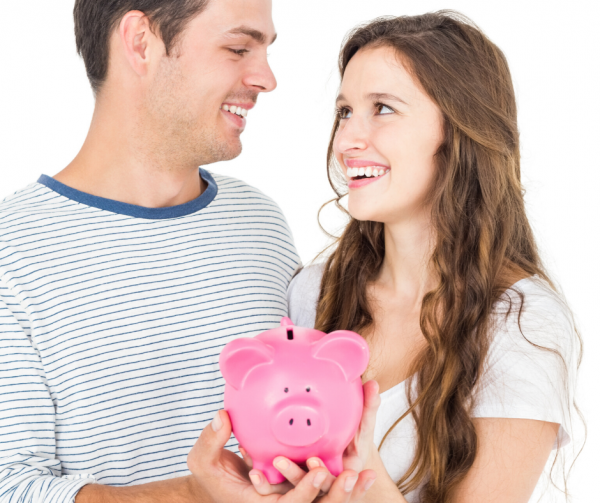 For the past several months, I’ve been an avid Dave Ramsey fan. If you know who he is, you either like him or hate him. If you don’t know who he is, he essentially teaches people how to get rid of debt and build wealth—something he did himself after filing bankruptcy decades ago. I’ve listened to him long enough now to know that what he says works. My husband and I even use his EveryDollar budgeting app, which has been a boon for our finances.

The experience has made me think about the fact that there are many married-couple families today that would like to live on one income, if only temporarily, but are convinced they can’t. Many of these couples made professional and financial decisions prior to having kids—including the purchase of a home—on the assumption they’ll always have two incomes. That was a mistake—one they were, unfortunately, encouraged to make.

This makes the transition to one income more challenging, but not impossible. Just as getting out of debt and building wealth is not predicated on having a large income but upon following a budget, so it is with the choice to live on one income, or even on one-and-a-half incomes. There are instances in which this may be harder to do—i.e. if a couple lives in or near an expensive city, for instance—but even that has a solution: move. COVID-19 is proving in spades that people will move when circumstances demand it.

Much of the information on Dave Ramsey’s daily, three-hour radio program/podcast mirrors that which you’ll find in The Millionaire Next Door, by Thomas J. Stanley and William D. Danko. “Most people have it all wrong about wealth in America. Wealth is not the same as income. If you make a good income each year and spend it all, you are not getting wealthier. You are just living high. Wealth is what you accumulate, not what you spend.”

Unfortunately, living high is precisely how most people in America choose to live—that’s why so few build wealth. Many parents genuinely believe they both have to work, but the reason they do is not because we live in hard times but because today’s generation has grown up with every possible comfort and convenience.

The belief that two parents ‘have’ to work suggests those who live on one income are among the small, fortunate group of parents who are able to do so. These folks are constantly told that the only reason they can do so is because they’re rich.

In fact, the majority of one-income families in America are not rich. They simply live differently. According to Ramsey’s research, one of the top five careers for millionaires is teacher.

But times have changed! people say. Back in the day, things were more affordable. That is true, of course. But this argument rests in part on the idea that going into massive debt for a college education is a prerequisite for a good life. It isn’t.

The inflated costs of college are indeed an outrage, particularly when you consider the illiberal education—ahem, indoctrination—that takes place there. But schools will only cease to charge outlandish fees when people stop paying for the higher priced schools and attend state schools instead. As Ramsey often reminds us, and my own experience proves, almost no employer asks where an employee went to school. They only care whether or not he or she has a degree.

This same concept applies to home ownership. The average new home is 1,000 square feet larger than in 1973. At the same time, families are considerably smaller. So it’s not as though we’re spending more money (or living in the same tight quarters) than our parents did for the same house. We simply have higher expectations. Many families today even have dining rooms they don’t use! That’s fine if you can afford it, but it’s financially foolish if you can’t.

“Building wealth takes discipline, sacrifice, and hard work,” adds Stanley and Danko. So does living on one income. Just as these authors conclude—that if you’re willing to “reorient your lifestyle” and make the “necessary trade-offs of your time, energy and consumption habits, you can build wealth”—so it is with living on less. COVID-19 certainly showed us how.

Indeed, COVID-19 is causing many Americans to think differently about our lives; people everywhere are re-prioritizing and making drastic changes. Moving from two incomes to one, for those who wish to do so, is more than possible. With the right attitude and and the right plan, it’s completely attainable.