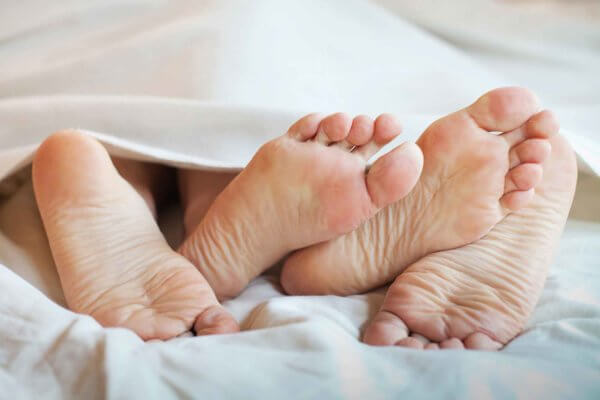 Let me guess: When you first met your wife, you pulled out all the stops to “get” her. You put 100% effort into your appearance; you listened intently when she talked; and you told her how fabulous she was.

Then, sometime down the road, you had sex. And when you did, it involved a lot of forethought and foreplay. Maybe you gave her a massage or lit candles or put on soft music. You probably took your time and didn’t rush through it.

Then you got married, and nothing much changed.

Then the kids came.

There isn’t a mom or a dad alive who doesn’t get it. Sex after marriage looks and feels a lot different than sex before the kids came along. But just as I encourage wives to have sex with their husbands whether or not they’re in the mood, I’m now going to remind you, Husband, that sex is a two-way street.

If you didn’t have trouble getting your wife to sleep with you when you were wooing her, and you’re having trouble now, ask yourself what you may be doing differently. We both know the most obvious change has been your circumstances: you have kids and jobs and responsibilities you didn’t have before. But that’s not going to change. What can change is you.

Have you become lazy? Go back to the beginning of this post: Do you still put 100% effort into your appearance? Do you still listen intently when she talks? Do you still tell her how fabulous she is?

It’s true that setting the stage “just so” with candles and music might be unrealistic when you’re raising kids. And you might even think, Why should I have to go to all that effort to get laid by my own wife?

Because you should, just as your wife will sometimes have sex with you even when she’s not in the mood. It’s part of the marriage contract. Plus, it works.

The fact is, men and women are different; and in no realm is this more true than when it comes to sex. As a man, you’re going to want sex more than your wife will—if for no other reason than it requires more to get her going than it takes you. Thus, having sex with her will take some effort.

Therefore, just as wives will sometimes need to have sex when they don’t initially feel like it, husbands will occasionally need to go out of their way to set the stage for sex.

To be clear, I know it’s not necessarily as simple as this. If your marriage is troubled, the sex issue goes deeper than what I’m describing here. Nevertheless, it is also true that reversing the order can bring about the feelings you currently lack. Rather than waiting until you feel happily married and then having sex, put in the effort anyway.

At the end of the day, the best way to get sex from your wife is to revert back to how you accomplished it in the first place.

Don’t look sloppy; look nice. Put down the phone and look her in the eye. Tell her how much you love her. (If she never stands still long enough to hear it, make her stand still.) Oh, and see what needs to be done around the house and just do it rather than waiting to be asked. To a busy wife and mother, that’s foreplay.

Bottom line: Be the man you were when you wooed her.