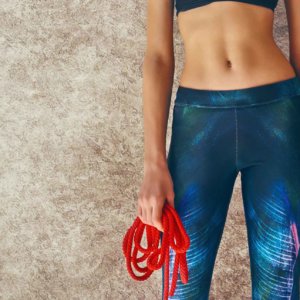 If you google “Notre Dame leggings,” you’ll quickly learn about Maryann White, the concerned mother of four boys who wrote a letter to the editor for the school’s newspaper about the leggings young women wear today, particularly at mass.

Here’s a portion of what she wrote:

“I wonder why no one thinks it’s strange that the fashion industry has caused women to voluntarily expose their nether regions in this way. I was ashamed for the young women at Mass. I thought of all the other men around and behind us who couldn’t help but see their behinds. My sons know better than to ogle a woman’s body — certainly when I’m around (and hopefully, also when I’m not). They didn’t stare, and they didn’t comment afterwards. But you couldn’t help but see those blackly naked rear ends. I didn’t want to see them — but they were unavoidable. How much more difficult for young guys to ignore them.”

For writing her letter—and by the way, kudos to Ms. White for not signing her letter “Anonymous”—White was lambasted in the media and elsewhere. For two days Notre Dame students wore leggings in a show of group defiance. There was also a #leggingsdayND hashtag on Twitter with men and women posting pictures of themselves in solidarity with students who choose to wear leggings.

And yet, Ms. White is right. Of course wearing leggings sexualizes women’s bodies. So do high heels. So do tank tops worn in the manner I saw this past weekend, when I had difficulty focusing on the face of the waitress who served my husband and me. Her breasts and cleavage were so purposefully accentuated my eyes naturally gravitated in that direction.

And if my eyes gravitate to whatever a woman wants me to notice, you can bet a man’s eyes will. That was the point of White’s letter. She’s 100% correct that men are visual creatures, much more so than women.

Ironically, I’ve just completed the manuscript for my new book (due out later this year) that I co-authored with John M. Townsend, Ph.D., professor of anthropology and expert on the evolutionary roots of sex differences. Here’s the exact paragraph from chapter two:

“In my [JMT] class on human sexuality, a student mentioned that a female professor told her students it was a tragedy that sexist roles in our society make men think they have to get an erection every time they see an attractive woman.

I asked my students what they thought of this statement, and one of my male students said, ‘There is no thinking involved. You see a good-looking woman with a great body, and you want to have sex with her. It’s instantaneous. There’s no decision. Of course, you can suppress it; but the initial thought is there.’

This young man’s statement launched a class discussion about sexual arousal, whereupon we reviewed together the most recent studies. The research indicated that high school boys and college-age men are aroused two or three times a day on average, and that the stimulus for arousal is usually visual.

In contrast, the average high school girl or college woman is aroused once or twice per week, and the stimulus for arousal is almost never the mere sight of a person or an object.”

And here’s the part that speaks directly to White’s letter: “The college men agreed some erections are even spontaneous and involuntary and could occur in embarrassing situations, such as the classroom or even church. Merely looking at a girl across the room or allowing one’s thoughts to stray to sexual images could produce arousal.”

I have no doubt most college women (as well as many adult women, such as this silly CNN interviewer) haven’t been schooled in the differences in sexual arousal for women and men. But their ignorance isn’t really the crux of the issue—because even if they did know, they wouldn’t care. They wouldn’t care because, in their minds, women can and should be able to do whatever they want, whenever they want with absolutely zero ramifications.

And if there are any ramifications, well, that’s everyone else’s fault. Namely, men’s. Because if men can’t control themselves, they’re pigs. This is twisted logic that puts women at the helm and men at their feet.

All actions have a reaction. We get back from the world what we put out into the world, and it’s no different with our choice of clothing. What we wear speaks volumes about what we think of ourselves and how we want others to think of us. The woman who served my drink this past weekend wanted people to notice her breasts. That was no accident. She was making a statement.

The real question is not whether or not leggings should be worn; I wear them to the gym myself. The real issue is how they’re worn. Picture, if you will, a young woman who’s wearing leggings with a huge sweatshirt on top that covers her entire nether regions. Now picture that same young woman wearing the same leggings, but this time she’s wearing it with, as Ms. White points out in her letter, a “short-waisted top.”

There’s no way you don’t see a difference.

If women don’t want to be sexualized, there’s an easy answer to that.

The Happiest Marriages Are Those That Are More Traditional in Nature
Next Post:Are Your Sons and Daughters Relationship Material? Part 2 of 3