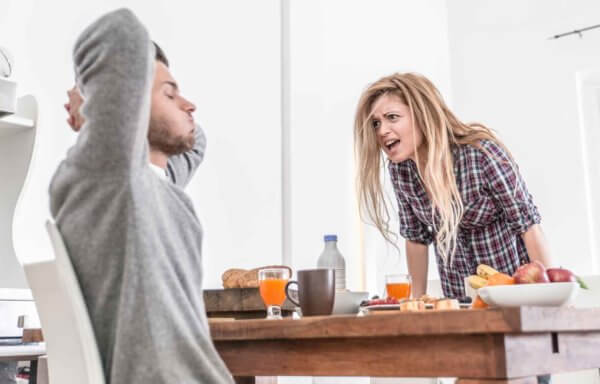 Not long ago I received an email from a man with a simple question: Is there a way for a guy to be “emasculation-proof”? How can men (even young men) become secure in their identity so as not to become emasculated in their relationships?

So we’re clear, to be emasculated means to be made weak or ineffective. In a marriage or relationship, if a man is emasculated it means he tends to take his cues from his wife or girlfriend and ultimately bends to her will.

But the short answer is Yes, it is absolutely possible for men to become emasculation-proof. In fact, it’s critical men do if they want to be in a healthy relationship that serves their needs as much as it does women’s.

Sadly, this is harder than ever for modern men to do, as they’ve been systematically feminized for decades. I say “systematically” because the shift in male identity has been no accident. It’s a direct result of:

All of these 20th century events and ideas led to a meteoric rise of soft males. Goodbye John Wayne and Clint Eastwood. Say hello to the beta male.

To be sure, male nature played a role in helping this transformation along. Men, as a rule, long for women’s approval and admiration and want to please the woman they love. And since the home tends to be the wife’s domain (no matter how much men and women share domestic duties), husbands often take direction from their wives on this front. That isn’t new.

What is new is that women have been groomed to believe men and society owe them. As a result, women either knowingly or unknowingly pull rank in their relationships—which makes the relationship hugely imbalanced.

Of course, not all women do this. But they’re the exception rather than the rule.

This mental conditioning is precisely what modern women are exposed to every day. They’ve absorbed a steady drip of girl power since the day they were born, and the result is the emasculation of men.

So how does the average guy who’s been groomed to wear skinny jeans and to wear his emotions on his sleeve and to do the diapers and the dishes (relax: I’m not suggesting men not do diapers and dishes) and to say “we’re pregnant” instead of “my wife is pregnant” retain his identity and avoid emasculation?

If you’re the parent of a son, you can do your part by empowering your boys to have just as much of a voice as girls do. And if you’re a grown man, well, wake up. Despite what the culture teaches, you matter just as much as women do. Don’t allow the equality narrative to tell you otherwise.

Here are 6 ways to avoid becoming emasculated in your marriage or relationship:

At the end of the day, in any marriage or relationship there’s almost always one personality that’s stronger than the other. In the 21st century, it is far more common for that person to be the woman. And men can respond in one of two ways. They can roll over, or they can stand tall.

And I promise you: one of those will not end well.

Guns Are Just a Symptom of the Underlying Problem
Next Post:Mother Absence Is Just As Significant as Father Absence