Are Your Sons and Daughters Relationship Material? Part 2 of 3 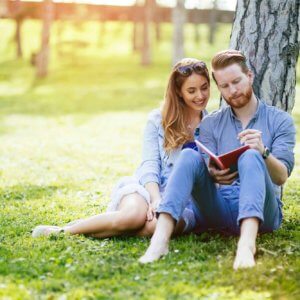 The following post is the second in a series of posts on modern American dating and young people’s inability to form lasting attachments that potentially lead to marriage.

In Part 1 of this three-part series, I wrote that having a successful long-term relationship is the most pressing issue of our time. Generation Z has no clue how to date, and Millennials can’t seem to pull the marriage trigger.

Indeed, over half of 18-34 year olds have no steady partner at all.

This is a massive social transformation with serious ramifications. Almost all of America’s social ills stem from the health and well-being of marriage and family formation. When it breaks down, everything else does too.

The antidote to this social crisis rests with parents.

It’s up to moms and dads to teach their sons and daughters to be relationship material.

Close your eyes for a moment and imagine a country where most parents taught their sons and daughters to put marriage and family first. Imagine these hypothetical parents groomed their children to think in a way that defies pop culture. Even better, imagine they modeled what it looks like to love and commit to another person for life.

It would change everything.

Obviously, that’s a pipe dream. But it would work. It used to work. The problem we have today is that we’ve demonized men and marriage, hailed the rise of women, and normalized divorce.

As for that last one: there is nothing normal about divorce. All it tells kids is that love isn’t sustainable. It can’t be counted on. It doesn’t last. No one’s got your back. You’re all alone in the world, so you might as well keep your guard up and never let love in.

This lesson children of divorce receive is the reason their marriages so often fail, too.

“Growing up in a divorced family greatly increases the chances of ending one’s own marriage, a phenomenon called the divorce cycle or the intergenerational transmission of divorce,” says Nicholas H. Wolfinger, assistant professor in the University of Utah’s Department of Family and Consumer Studies.

For this reason alone, parents owe it to their children to stay married if neither spouse is in harm’s way. The health and well-being of their children’s future family literally depends on it.

But staying married is only half the battle. The other half is this: parents must purposefully undermine the culture every step of the way. If you don’t pay attention to the messages your kids are receiving in schools and from the media—about women, about men, about marriage, about work and family conflict—and specifically teach them another way, they will fail at love. Because nothing they’re taught in either domain is going to help them be successful.

Children who are raised in broken homes and who follow the cultural script are doomed. Doomed. Parents are our last and only hope.

By modeling commitment and by rejecting harmful cultural narratives, your children can become ‘relationship material.’

Many parents believe their words and actions don’t matter. As a former educator and mother of two grown children, I assure you they do matter. To be sure, it is difficult to be the parent who challenges the culture every step of the way. You will lose friends. You may even make a few enemies.

But in exchange, your children will thrive.

Of course leggings are sexually arousing. Duh.
Next Post:How to Say ‘No’ to a Woman