Can Men and Women Work Together in the Workplace? 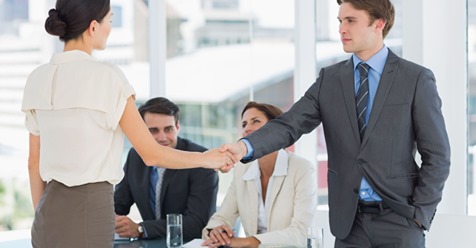 A similar version of this article was published at Washington Examiner.

What do you imagine would be a logical response to a massive political movement that seeks to destroy not just men in power who take advantage of female coworkers but any man who has any type of sexual interaction with a woman at work who afterward felt slighted?

To avoid working too closely with women.

It would appear, however, that this perfectly natural response on the part of men is yet another example of women’s oppression.

“A lot of men aren’t so much afraid of being accused of anything as they are they are angry that #MeToo ever happened. They’re angry that they’ve been made to think about their behavior, made to interrogate power dynamics they always took for granted, and are punishing women for it by refusing to interact with them … It’s yet another form of victim-blaming; another way to quietly put women back in their place,” writes Arwa Mahdawi at the Guardian.

“The data was collected in early 2019 from workers across a wide range of industries,” adds Mahdawi. “Researchers had asked the same questions in early 2018, just as #MeToo was in full swing, and depressingly, things appear to have got worse.”

Of course they have. What did people think would happen in a post-#MeToo era? That men and women would hold hands in the workplace and together sing Kumbaya?

In Jordan Peterson’s 2018 exchange with Jay Kaspian King of Vice News, Peterson made a bold and provocative query: “Can men and women work together in the workplace?”

Of course they can! said King, who looked at Peterson as though he had three heads. What follows (particularly from the 4:50 mark) is a fascinating exchange about how to potentially stop sexual harassment in the workplace.

Peterson suggested that when women wear make-up and high heels in the workplace they advertise themselves as sexual beings. (One need only turn on Fox News to see the glaring truth in that statement.) He then suggested, hypothetically speaking, that if women were to wear uniforms as men do—since men by and large wear suits—the sexualization of the workplace may be severely reduced.

The point of Peterson’s argument wasn’t to suggest what should be done but to consider what the “rules” in the workplace ought to be so as to reduce the potential for sexual harassment.

And there it is.

Men and women are sexual beings, and the sexual tension between them does not disappear when they enter the workplace. The idea that men are solely responsible for the interplay that occurs between the sexes in the workplace (or anywhere else) is absurd. A man will have a hard time propositioning a woman who’s all business. Unfortunately, plenty of women are willing to use their sexuality to get what they want. They are no different from men in this way.

Mixing sex and business is tough. There’s so much wiggle room for things to go wrong when you combine the two, which is why men are taking a step back from working with women. And for that they’re labeled “angry.”

“US men appear to be following Mike Pence’s lead. Maybe they’re angry that #MeToo ever happened” because “they’ve been made to think about their behavior, made to interrogate power dynamics they always took for granted, and they are punishing women for it by refusing to interact with them.”

Or maybe they just know they can’t win. If men interact with their female colleagues and have the audacity to notice what the women are wearing, their jobs can be on the line. Alternatively, if men try to avoid being in close contact with women so as to alleviate any misunderstandings, well, they’re being childish by retaliating against women.

In other words, Peterson was right.

“I don’t think we’re capable of having an adult conversation about [the ability of men and women to work together in the workplace]. Not as a culture. Not even a bit.”