Do You Suffer From the Green Grass Syndrome? 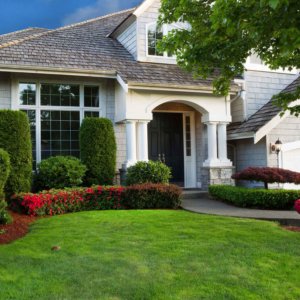 Lynn, 38, was unhappy in her marriage. Her husband was a good man and a great father, and he made a good living. But Lynn was bored. She wanted the excitement of something new, and she wanted to be married to a wealthier man. After several affairs, Lynn finally found what she was looking for and divorced her husband to marry her rich boyfriend.

Life was good for a while—not for the kids, obviously, who saw much less of their father and who missed him terribly—but for Lynn. She enjoyed the perks that came with being married to her new, wealthier husband.

In her excitement about having a new life, Lynn overlooked some glaring flaws in her new husband. While he was wealthy on paper, he was also a party boy who never grew up. He lived primarily on his family’s wealth, not on his own; and while Lynn thought her new man was just a “fun” guy, he turned out to be an alcoholic. He didn’t hold a candle to the caliber of Lynn’s first husband, whose character was unparalleled. Lynn’s second marriage lasted, but barely. And not happily.

There’s an underlying thought process many women who get divorced harbor, either consciously or subconsciously: that they can do better. That somewhere out there (or already waiting in the wings) is a man who doesn’t have her husband’s faults. Someone who is more exciting, more loyal, more sexy, more loving or more caring.

In reality, most women who get divorced and remarried find their new partners have many of the same faults their old partners did, or they have different but equally significant flaws.

My co-author, John M. Townsend, Ph.D., interviewed many women who had satisfactory marriages but left them for the lure what they thought would be a superior emotional and material investments only to find that the men they desired were unwilling to marry them or had much less to invest than the women had originally thought.

One woman left a young, successful lawyer who was reliable but “dull and boring” for a man who promised a glamorous life of sailing, travel and affluence. This man turned out  to  be a dreamer who had deluded himself, and her, into thinking he had the potential to become a great architect. He never became an architect, had a nowhere  job, and ultimately depended on her ambition and income to attain a comfortable standard of living. She divorced this man and regrets leaving her dull, boring, but devoted and stable first husband.

These women suffer from the Green Grass Syndrome: the toxic idea that there’s a person or a life “out there” that’s better for them than the one they already have.

I know it’s human nature to compare one’s life to what you think others have that’s better than what you have. But doing so will throw a grenade on your marriage. Nothing good can come from it.

Moreover, it’s a mirage. The grass that you think looks perfect in reality has crabgrass and dandelions upon closer examination. And it’s no different with marriage.

The marriage or the husband you’re convinced looks better than yours isn’t better at all. You just can’t see the warts from your vantage point. Like the green grass, up close that husband or that marriage looks very different from what you imagine.

No matter who you end up with, John Doe or Brad Pitt, there will always be something missing. Always.

That’s why the best thing you can do for yourself and for your marriage is reject the Green Grass Syndrome and become a “satisficer.” A satisficer concentrates on the reasons she made the decision she did and practices gratitude, or being grateful, for the wisdom of that choice.

Don’t be one of those women who divorces her husband thinking she can do better. All you’ll do is trade Peter for Paul. Instead, focus on why you chose the man you did in the first place. Focus on what he brings to the table and be done with it.

How to Feel Inspired about Love In an Age of Gender Propaganda
Next Post: The Most Important Investment You’ll Ever Make Is Not Your Career