Of Course Dolly’s Not a Feminist. She Loves Men. 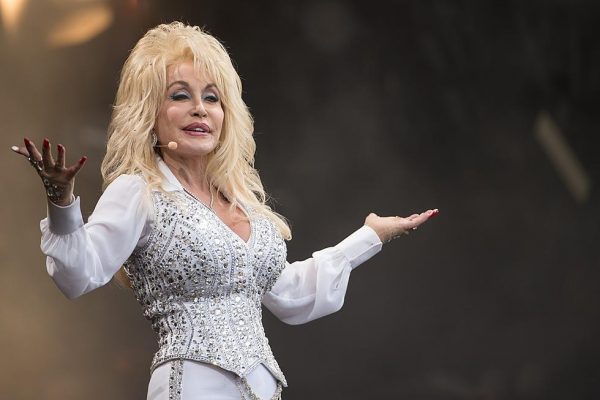 Dolly Parton is a kindred spirit. I just love that woman.

Apparently everyone else does, too. A new podcast about Parton’s life, produced by NPR and entitled Dolly Parton’s America, premiered last month and will feature nine episodes that help explain why Dolly Parton, in this “intensely divided moment” in America, is utterly uncontroversial and beloved by so many.

I was hooked at Episode 1, entitled “Sad Ass Songs,” which highlights the beginning of Dolly’s career when she wrote depressing songs in her youth that she laughs about now.

Toward the end of that episode—the 44:39 mark, to be exact—Parton is asked whether or not she’s a feminist.

Her answer stuns the podcast’s host, Jad Abumrad. Not only did Parton say, “No, I do not,” she said it emphatically and resolutely—so much so that afterward, when Abumrad is asked by another woman he interviewed for the same episode, “So did [Dolly] say no? Or was she just evasive?”

I would love to say the producers of the podcast have since questioned their allegiance to feminism after interviewing Dolly, that they’ve learned a thing or two about a whole new way to approach life and love, but I won’t hold my breath. Judging by Abumrad’s reactions to much of what Dolly had to say, he was clearly shocked to discover that this fiercely outspoken, unapologetically independent, successful businesswoman denounced feminism. After all, isn’t feminism responsible for every strong-minded and successful woman on the planet? (Um, no.)

What more, Dolly has written songs about women who’ve been on the receiving end of bad behavior by men. So why on earth isn’t she resentful of men like she’s supposed to be?

“I think of myself as a woman in business,” Parton said. “I love men—cause I have a dad, my brothers, all my uncles I love, my grandfathers I love, and I relate to them. And I write a lot of songs about women, because I am a woman; but I write a lot of songs for men…I write about men and their feelings because I know they have feelings, too. I look like a woman, but I think like a man…I don’t believe in crucifying a whole group just because a few people have made mistakes.”

That is a dead-on explanation of a feminist mindset: the choice to crucify an entire group of people as a result of a few bad apples. Feminist leaders and their followers are notorious for turning personal pain into a massive social problem.

That’s precisely what separates feminists from the Dolly Partons of the world. Women who’ve known their share of suffering but who choose not to hold a grudge or to blow the suffering out of proportion have zero in common with feminists.

Poor Abumrad couldn’t make sense of Dolly’s attitude, particularly her choice to use a slight to her advantage. When he brought up Dolly’s infamous breasts and the fact that back in the day she took a lot of heat from men on late night talk shows, he asks, “So when you go on these shows, and they make a joke about you and you double the joke, part of me thinks, Why don’t you just tell these people, ‘Like, c’mon, I’ve written like 5,000 songs. Ask me about my songs!”

To which Dolly laughs and says, “Well now, why would I go out with my tits hanging out, showing them, pushing them out there, and not expect someone to make some kind of a comment on it?”

Talk about something a feminist would never say! That statement alone puts a whole new spin on the excesses of #Metoo, where men have become panic-stricken at the idea of looking at a woman, let alone making any sort of comment.

But it’s Episode 2, entitled “I Will Always Leave You,” that highlights Parton’s genuine grace in the face of her tempestuous relationship with country music television star Porter Wagoner, who “discovered” Parton when she was young but who felt slighted when Parton’s career took off and his didn’t. The two ultimately parted ways.

“You write in your autobiography that the bigger you got, the more threatened he got,” Abumrad said, thinking he’d finally landed on something that would prove Dolly is a feminist in disguise.

She would have none of it. “Well, that’s natural—because it was his show,” Dolly said. She went on to explain that the relationship between her and Wagoner was extremely complex and couldn’t be boiled down to any one thing. Dolly had initially offered to stay with Wagoner on his show, but he declined because he knew it would no longer be his show so there was no point. “And I understood that,” Dolly said.

“Why?” Abumrad asks Parton incredulously. “Why would you understand that? This is a guy who’s got his arm around you, there’s a power thing happening for sure.”

No, that’s not accurate, said Dolly. She then goes on to describe the circumstances—that Wagoner had ultimately been good to her and that it was just a matter of business (translation: the same thing could have happened had it been two men or two women). But Abumrad wanted to make it about something else in order to confirm his worldview. He wanted to make it about a powerful man who couldn’t handle a woman in power. And that’s a different takeaway altogether.

That’s what folks who are blinded by ideology do. To have a feminist mind is to be mired in resentment and to make assumptions that feed the narrative ‘women good/men bad.’ As a result, they have zero respect and understanding, which relationships demand.

In Dolly Parton’s America, Parton proves in spades that there’s a much more positive and compassionate attitude to have toward men, women and relationships. But if you want to adopt it, you can’t simultaneously pay homage to a group that assumes the worst of half the population. And you can’t take life so seriously.

And that is why Dolly’s no feminist.