The New “Baby, It’s Cold Outside” Is a Buzzkill 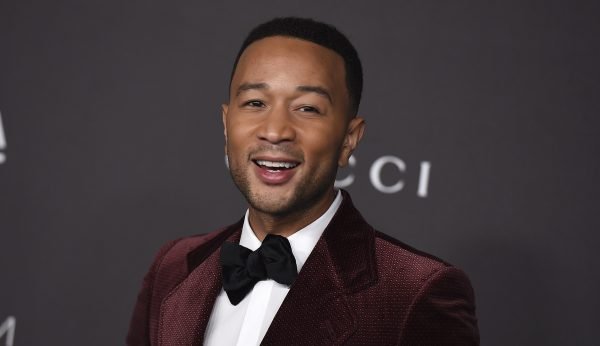 This month marks the roughly third year in a row we must endure a #MeToo redo of the hit holiday single, Baby It’s Cold Outside. The latest version, sung by John Legend and Kelly Clarkson, is the most extreme.

It chucks all references to the man trying to seduce the woman and replaces them with politically correct language designed to promote the idea that when it comes to sex, men and women are the same. (A ridiculous idea, by the way: #MeToo wouldn’t exist if women were “just like men” sexually. There’d be no confusion, no power struggle, and no reason to discuss what happened after a sexual encounter at all. It would be a happy, fun, free-for-all.)

In this new vein, the lyrics to the song delete the idea that men should woo women or be the pursuers. Instead of the woman saying, “I simply must go,” and the man responding, “But baby, it’s cold outside,” it’s now “Oh, I’m supposed to say no,” and the milquetoast male response, “Hm, I guess that’s respectable.”

Twice in the song, the man says to the woman, “It’s your body and your choice.” Finally, toward the end of the song, when the woman insists she really really has to go, instead of the man saying, “How can you do this thing to me?” he says, “I want you to stay. It’s not up to me.”

Talk about a buzzkill.

With this neutered version of a Christmas classic, the modern generation has officially killed off any semblance of seduction. As any classic Hollywood film will demonstrate, sexual tension is noticeably heightened when flirtation and innuendo flourish. Sadly, young people will never experience this. A man can’t even look at a woman sexually anymore, let alone make what used to be called a “pass.” Instead, he must “check in” with or get permission from a woman before he can even make a move.

And let me tell you, there is nothing — and I do mean nothing — sexy about that.

In my day, women welcomed men’s advances and had far more agency than do today’s so-called liberated women — which is either ironic or funny or both. We were also schooled in the differences between women and men when it came to sex and didn’t view men’s heightened sexual drive as a threat. Finally, there were no blurred lines because, as Heather Mac Donald wrote, “traditional mores set the default for premarital sex at ‘no,’ at least for females” — which meant women didn’t “have to negotiate the refusal with every opportuning male; it was simply assumed.”

This was true even on college campuses where alcohol was plentiful. Women set their standards high. Men, as a rule, followed. Today, they’re still following, only the demands have changed.

If the new version of Baby, It’s Cold Outside indeed represents modern love, as John Legend claims, the takeaway is that men are now the receivers rather than the pursuers. But this new sexual landscape flies in the face of male and female sexual desire. Women still want men to pursue them because that’s sexy, and men want to pursue women. As hunters, that’s what they’re designed to do.

What chivalry. What progress!

Previous Post:Ep. 24: How to Own Your Masculine Core: GS Youngblood
Next Post:Ep. 25: The Art of Intimacy:
Rabbi Manis Friedman
Loading Comments...